It looks like Alienware will be one of the first and biggest names to announce a Steam OS gaming machine. The company used the E3 trade show to show off a new mini gaming PC that doesn’t need Windows. The hardware spec includes Intel Core i3 Haswell processor, 4GB of DDR3 1600MHz desktop RAM and a custom-built Nvidia Maxwell-based GPU, based on mobile architecture.

It is unclear if this is the first or second generation Maxwell. By the time the machine ships, it could be based around some of the newer Maxwell architecture. We are not holding our breath, but the company has confirmed that the graphics card has 2GB of GDDR5 memory which suggests something a little sexier than we have seen so far.

We saw a mock up on a case back at CES 2014, and the final version looks the same. The price of the Alienware Alpha will start at $550 and will go as high as you can imagine. The basic configuration comes with HDMI in and out, HDMI pass through, two USB 2.0 in the front and additional two USB 3.0 in the back. 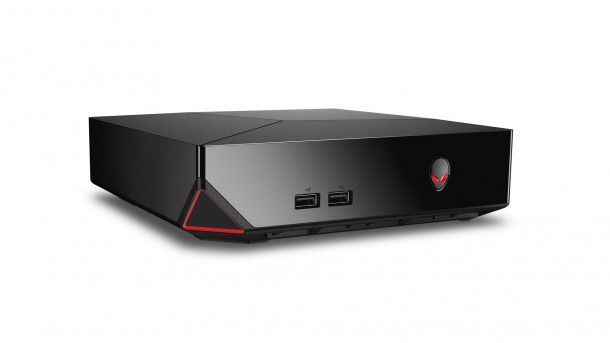 The fact it will run Microsoft Windows is a surprise as Steam OS is an operating system and should not need anything from Redmond. This suggests that the Steam OS is still half-baked and will not be ready until 2015.

To remedy this, Alienware will include the Microsoft Xbox 360 Wireless Controller and Windows 8.1 so you can use the machine from day one. Alienware will offer a custom interface on top of Windows that should remind any users that everything is on stream for steam for TV.

Alienware is not shipping a keyboard or a mouse with the machine but it will work with them. There will be an upgrade path that will include Core i5 or Core i7 Haswell, 8 GB DDR3 at 1600 MHz, Dual band Wireless AC 2x2 with Bluetooth 4.0 as well 1TB or 2TB SATA 3 HDD.

Alienware Alpha will be a small gaming Windows based PC that will run early versions of Steam OS just fine. It will hit the shops in time for the holiday season.

Last modified on 10 June 2014
Rate this item
(0 votes)
Tagged under
More in this category: « Hryb says Microsoft is listening to feedback Working for Amazon could be a killer »
back to top