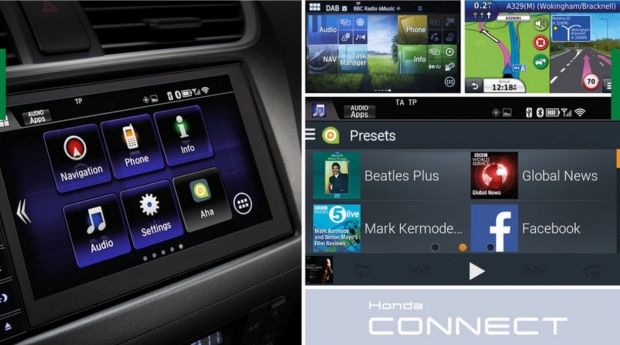 The infotainment market is a big opportunity for Nvidia Tegra. The company is getting a lot of high-profile design wins and most notable are among them are Audi, VW and BMW - select models have Nvidia Tegra infotainment systems inside.

Back in October 2014, Nvidia announced that some Honda cars will get Tegra based infotainment systems. Honda promised that the Honda Connect will end up inside the 2015 Honda Civic, Civic Tourer and the CR-V SUV, and first of them are just starting to ship. 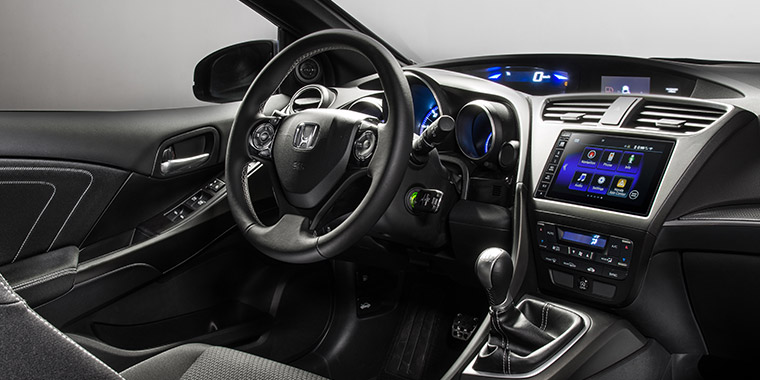 As long as you live in Austria or Germany you can get Honda Connect, based on an Android 4.0.4 embedded operating system, for additional €600 to €605 depending on the country. This is close to four times less than Honda HDD Navigation, that was available between 2012 in 2014 in the Honda Civic, Civic Tourer and the CR-V SUV. HDD Navigation system is currently selling for €2251 in Austria and is very limited compared to the new Connect system.

Honda Connect features a 7-inch touchscreen powered by an unspecified Tegra processor and unofficial sources tell us it is an automotive Tegra 3-based chip inside.

Honda Connect offers a Garmin Navigation system, CD player that can play MP3s, AM/FM/DAB+ as well as Internet radio, app integration and Internet browser. The card has a modem as well, but we could not find out if it is based on 3G or 4G technology. Honda Connect also offers access to the Honda App center so you can install some additional applications. We are sure that AnTuTu won't be able to install on this Android 4.0.4 based system, but it should work just fine with your navigation, music, phone and internet browser. Spotify would be nice to have to there is no word on any additional application support.

The user interface, music player, and navigation do look nice, but we would like to see it first-hand before we can give you some additional details. Honda offers a reverse camera as part of this infotainment system as well, but we wanted to mention Honda Connect as this is one of the first reasonably priced infotainment systems that we saw inside a car.

We found a video of a demo unit in action recorded at an event in Spain, and you can see the system in action. It works really. We were surprised to see a laggy version of phone mirroring avaiable but working.

Last modified on 17 February 2015
Rate this item
(2 votes)
Tagged under
More in this category: « Qualcomm show off Chromecast 4K-capable rival Daft USB technology of our time »
back to top