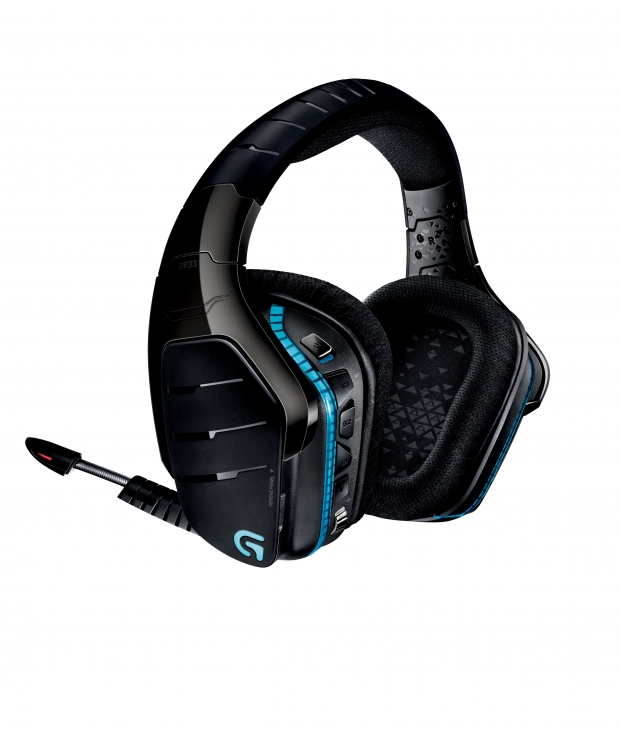 The long standing purveyor of all things good when it comes to computer peripherals, Logitech, is out with their new crop of wired and wireless headphones for gamers. And discerning music lovers' ears won't bleed either.

The two models of gaming headphones that Logitech has launched today are Logitech G633 Artemis Spectrum and Logitech G933 Artemis Spectrum Wireless. Both featured much improved and patent pending Pro-G audio drivers, that Logitech's engineers developed in an attempt to bring some actual enjoyment of high quality sound to the gaming community. The company claims that competing headphones focus more on image than on the audio performance and is offering an alternative. Having in mind that full surround is included in the feature set, we're excited to try these out.

If you're worried that these new products might make you look dull at the next net party, don't be. As you can partly see from the image up top, none of the shiny lights have been forgotten. As the matter of fact, both headphone models come with fully customizable LED lighting with millions of hues.

While the G933 model can be used wirelessly, its power to connect to sources of sound should not be underestimated. It can connect to up to three sources simultaneously, with its array of one USB and two analog ports. The G633 is humbler in that respect and offers one USB and one analog connection, and no wireless option.

In their press materials, Logitech says that using the onboard mixer, you can order pizza on the phone using one audio source, while keeping up with the gaming action using another source. We wonder who is crazy enough to think about eating in the middle of the action. Yes, Sheldon, that was sarcasm, but we're sure lots of people can come up with far more intelligent and interesting use of multiple input options on what appear to be quality headphones.

G633 is going to be available in early September for a suggested retail price of $149.99 and the G933 are coming in October for $199.99. Rock on Logitech, as people would have said in the eighties.