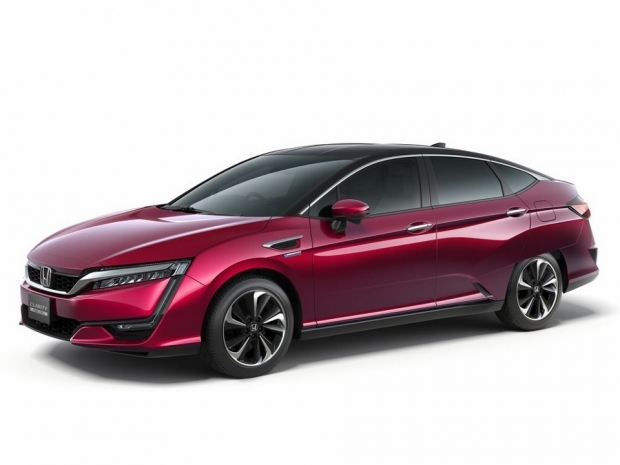 Today at the 2016 Washington, D.C. Auto Show, Honda announced plans to release a new 5-passenger, hydrogen-powered Clarity sedan. The vehicle is expected to begin sales in select California markets before the end of 2016 with an MSRP of $60,000 and a targeted monthly lease under $500 per month.

The Clarity originally debuted at the 2015 Tokyo Auto Show before appearing in the US in November at the LA Auto Show. It is being released to a limited number of California dealers in Los Angeles, Orange County, the San Francisco Bay Area and Sacramento. 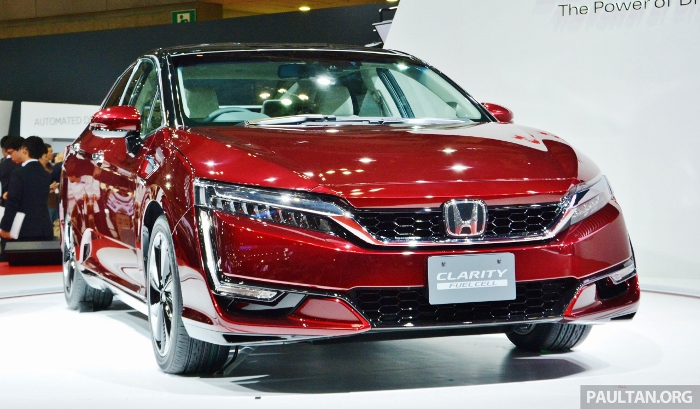 With the 2017 Hydrogen Fuel Cell Clarity, Honda has created a fuel cell stack that is 33 percent more compact than its predecessor, the 2014 FCX Clarity, with a 60 percent increase in power density. Most of the innovation is all under the hood, as the new 2016 Clarity’s engine now fits entirely under the hood of the car (it is comparable in size to a V-6 engine). This allows for a more spacious cabin with seating for five passengers. Under the hood is Honda's forward-positioned fuel cell stack along with dual hydrogen tanks. The electric motor supplies a maximum of 174-horsepower (130kW), 221ft-lbs of torque to the front wheels, and is powered by a Lithium-Ion battery. The vehicle also features an estimated 300-mile driving range on hydrogen with an expected refueling time of approximately three to five minutes at a pressure of 70 MPa (10,000 PSI) – assuming you can find a hydrogen filling station nearby. Meanwhile, electric-only range will be around 39 miles (63km). 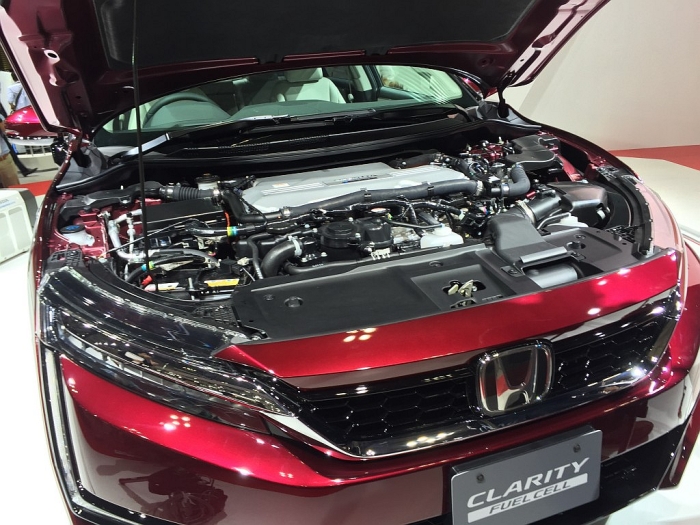 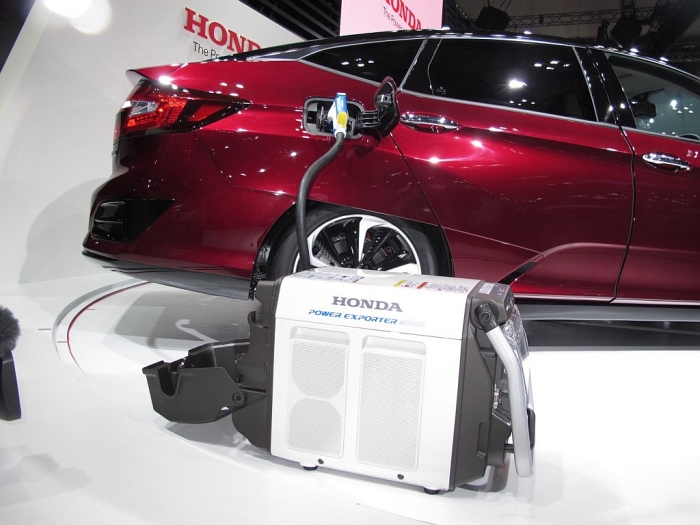 MotorTrend Magazine has already done a quick test drive of the 2017 Clarity and confirms it gives a good impression. “Honda’s taken at least a second off the 0 – 60mph time,” says MotorTrend’s Scott Evans. “It’s very quiet business getting up to speed, but unlike an EV, you do hear a faint noise from the fuel cell under hard acceleration. It sounds like someone slowly letting the air out of your tires.” 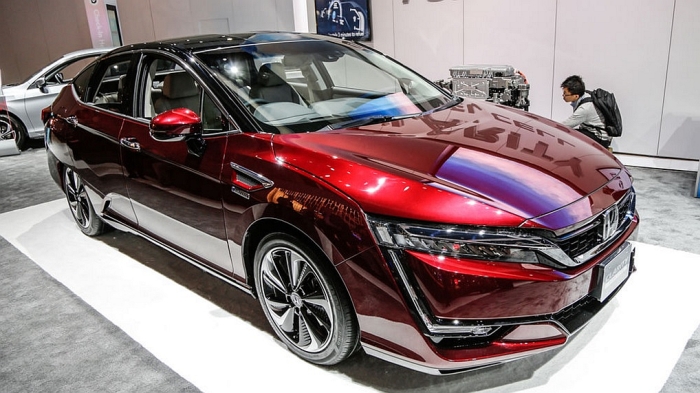 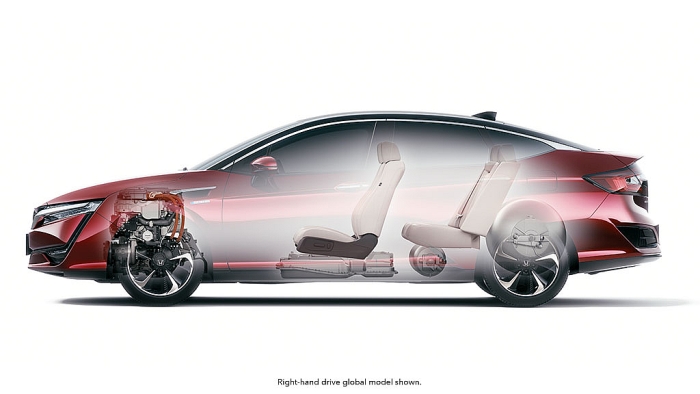 “The strongest impression the car gives is that it’s surprisingly familiar,” Evans adds. “Other than the EV acceleration experience, it drives like a bigger, heavier Civic. Steering, braking, handling, and ride quality (what little I experienced) all felt like any other compact to midsize sedan. The average consumer will find this car surprisingly unintimidating despite its George Jetson powertrain.” 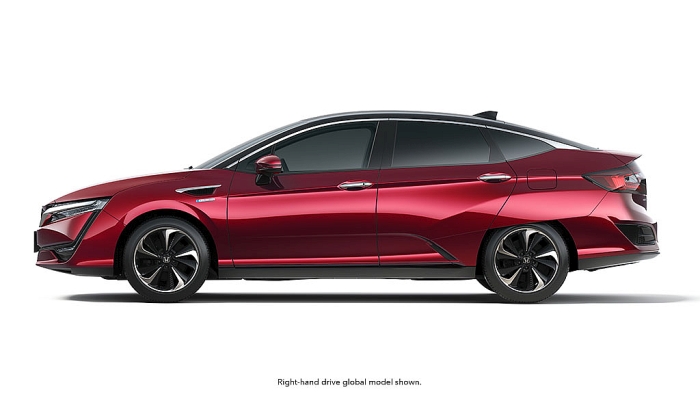 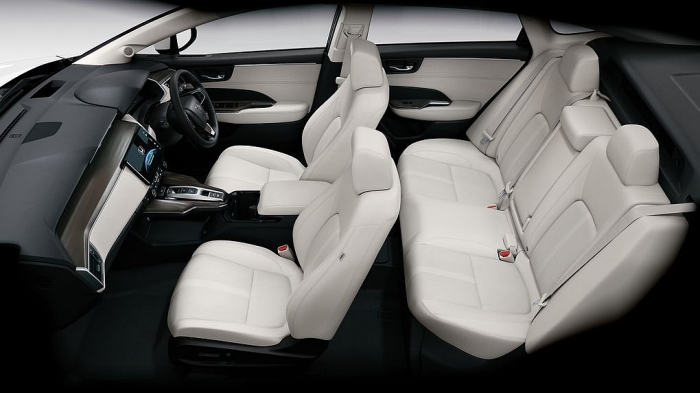 In 2014, Honda announced plans to phase out the FCX Clarity. This was the world’s first hydrogen fuel cell vehicle to be built and produced on a production line specifically made for fuel cell vehicles. Between its production years of 2008 and 2014, the vehicle barely made a whisper in the market and the company sold just 46 units in the US, around 10 others on lease in Japan and another 10 in Europe. That vehicle had a combined fuel economy averaging 60 miles per kilogram of hydrogen with a power output of 100kW.

"The new 2017 Clarity Fuel Cell and Accord Hybrid arriving this year, along with the new plug-in hybrid coming by 2018, are critical steps toward a new generation of Honda advanced environmental vehicles and a true volume pillar for Honda and our product portfolio in the U.S.," said John Mendel, executive vice president, Automobile Division, American Honda Motor Co., Inc. "The Clarity Fuel Cell is a potential game changer because it offers an uncompromising, zero emissions customer experience, with performance, utility, range and refueling time on par with today's gasoline-powered cars.” 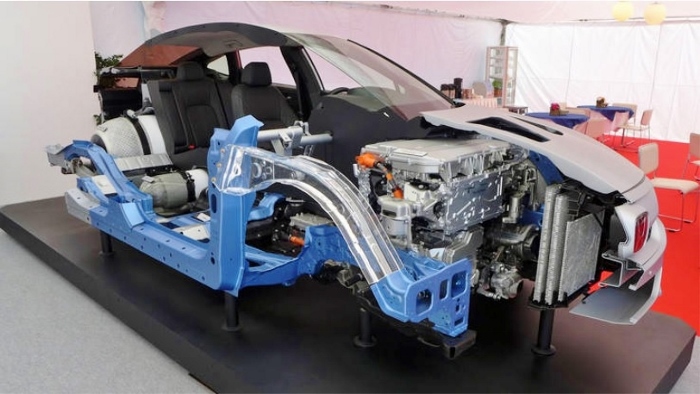 A cutaway model of the Honda Clarity FCV reveals dual hydrogen tanks and forward position of the fuel stack (via AutoWeek.com) 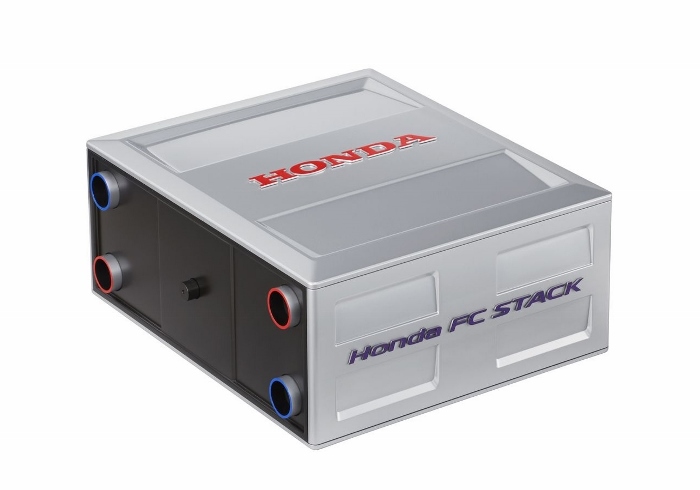 Back in 2014, the Toyota Mirai was one of the first available hydrogen fuel cell vehicles. It went on sale in Japan at the end of 2014 for 7 million yen ($69,000) and began sales in California’s Greater Los Angeles area in Fall 2015 ($57,500 MSRP before federal and state incentives). We had the opportunity to see the Mirai at the 2015 Orange County Auto Show back in October and now we are looking forward to getting some hands-on time with Honda’s new Clarity sedan.

Fuel cell technology is not just for automotive vehicles, however, as there are ambitious projects underway to integrate the technology into mass public transportation routes. Last spring, China South Rail Corporation (CSR) demonstrated the world’s first hydrogen fuel cell-powered tramcar. A total of 83 miles of tracks have been built in seven Chinese cities for the new vehicle. 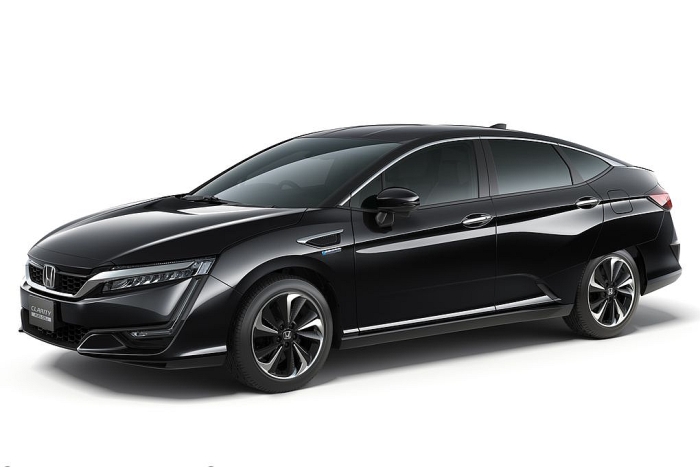 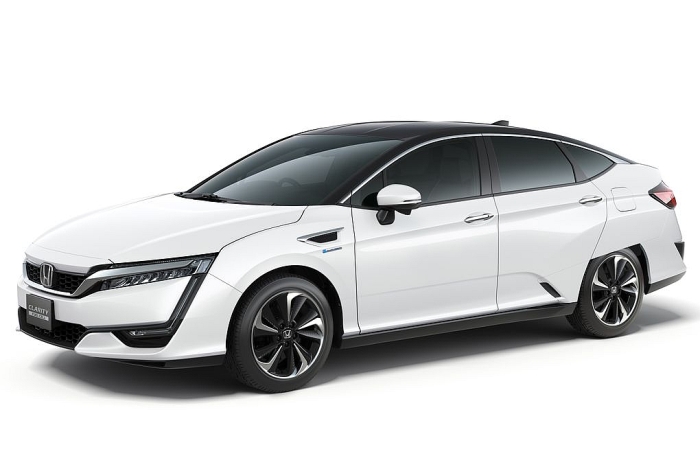