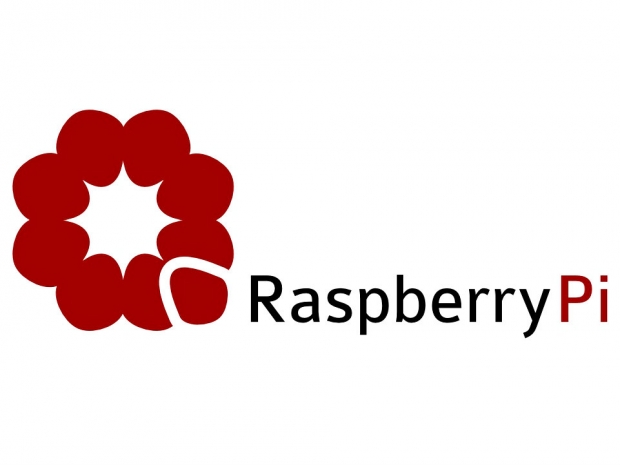 Competition with Pine A64 project heats up

The folks at the Raspberry Pi foundation have just released the third-generation version of their highly popular single-board computer, the Raspberry Pi 3, now complete with a 64-bit ARM Cortex A53 chip to keep up with modern times along with integrated WiFi and Bluetooth this time around. 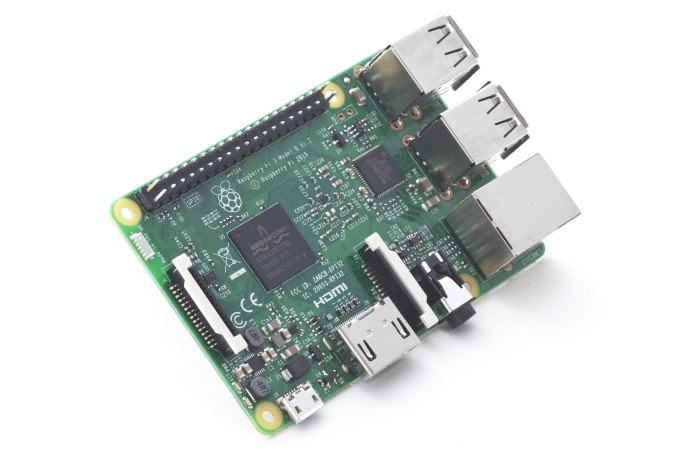 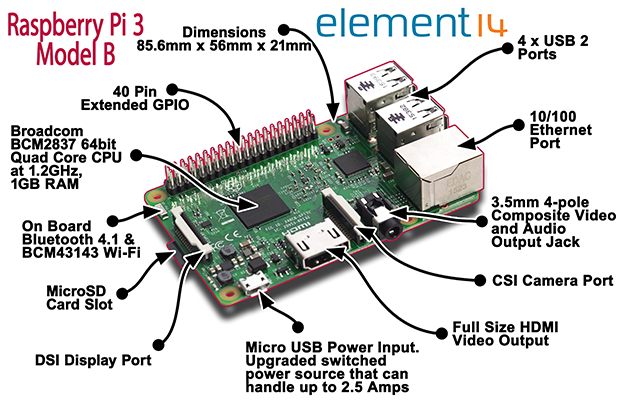 “The new SoC retains the same basic architecture as its predecessors BCM2835 and BCM2836, so all those projects and tutorials which rely on the precise details of the Raspberry Pi hardware will continue to work. The main reason we're excited about Cortex A53 is it's a better 32-bit processor [than A7]. You can run in 32-bit mode,” said Eben Upton, Raspberry Pi creator.” 64-bit ARM processors also support a new ARMv8 instruction set that’s capable of speeding up both 32-bit and 64-bit operations.”

James Adams spent the second half of 2015 designing a series of prototypes, incorporating BCM2837 alongside the BCM43438 wireless “combo” chip. He was able to fit the wireless functionality into very nearly the same form-factor as the Raspberry Pi 1 Model B+ and Raspberry Pi 2 Model B; the only change is to the position of the LEDs, which have moved to the other side of the SD card socket to make room for the antenna. Roger Thornton ran the extensive (and expensive) wireless conformance campaign, allowing us to launch in almost all countries simultaneously. Phil Elwell developed the wireless LAN and Bluetooth software.”

Competition heats up between Raspberry Pi 3 and Pine A64+

Meanwhile, a Kickstarter project called Pine64 has just launched its own native 64-bit competitor to the Raspberry Pi 3 for just half the price. The Pine A64 is the world’s first single-board computer with a $15 base price and features the same 1.2GHz quad-core ARM A53 64-bit CPU architecture, however it features a much more capable dual-core MALI 400 MP2 GPU that runs at 250MHz x 2. This is capable of 1.1 gigapixels of throughput, or slightly higher than first-generation Xbox performance. With these specifications and up to 2GB of RAM, the Pine A64 can support both 4K Ultra HD 3840x2160p resolution at 30Hz or 1920x1080p at 60Hz, while the Raspberry Pi 3 can only do 1080p at 60Hz.

The Pine A64 will not be shipping to new customers outside the company’s Kickstarter backers until at least May, giving the Raspberry Pi 3 a two-month head start when it goes on sale later this week.

In order to retain backward compatibility with a majority of independent projects, the Raspberry Pi 3 will support the same 32-bit Debian-based Raspbian Jessie OS (February 2016) featured on other Pi devices. The Raspberry Pi Foundation will begin evaluating the viability of switching to 64-bit mode over the next few months. The foundation alternatively recommends the NOOBS (New Out of the Box Software) operating system containing Raspbian which can be downloaded here. Other supported Raspberry Pi operating systems include Chromium OS, Gentoo, PiBang, Risc OS, Raspbmc, Slackware ARM, Void Linux, and Windows 10 IoT Core.

Last modified on 29 February 2016
Rate this item
(3 votes)
Tagged under
More in this category: « Transcend releases 1TB MTS800 M.2 SSD Russian PC makers are back »
back to top