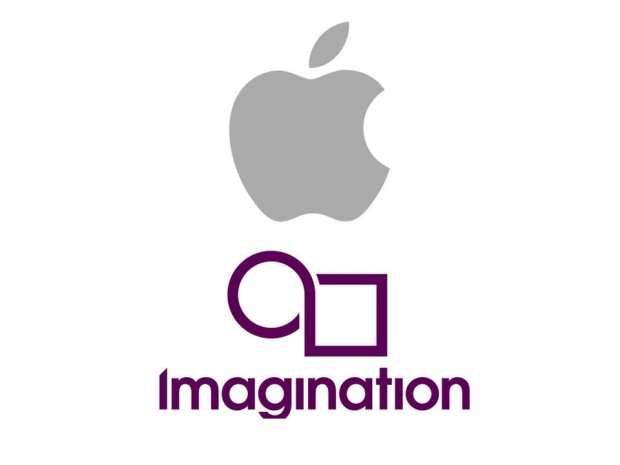 Company is working on a separate independent graphics design

Imagination Technologies, the leading graphics processing unit supplier for Apple, issued a press statement on Monday saying that the fruit-themed gadget maker will no longer use the group’s intellectual property in new products manufactured 15 months to two years from now.

The development is a major hurdle for Imagination, the British chip designer that has provided PowerVR graphics processors for iPhones, iPads, iPods, Apple TVs and Apple Watches since 2007. The company’s partnership with Apple accounted for roughly half of its annual revenues, in addition to the royalties it had been receiving on account of iPhone and iPad devices. Those royalties, which totaled £60.7 million ($75.8 million) for the year ending April 2016 and £65 million ($81.2 million) for 2017, are set to expire roughly 15 months to two years from now, before Q2 2019.

Apple currently holds more than an eight percent share in Imagination, and become a key investor in mid-2009 after raising its stake to 10 percent. At one point last year, Apple was in the process of holding “advanced acquisition talks” but ultimately decided against a full takeover, according to the Financial Times. Following the talks, Chinese state-owned company Tsinghua then took a three percent stake in the British company.

Last February, Imagination also announced that longtime CEO Hossein Yassaie would be stepping down as part of a major business restructuring operation. This was followed by across-the-board operating cuts by £15 million over the next year into April 2017 – including £2 million from its PowerVR product series.

In its press release on Monday, Imagination states that Apple “has not presented any evidence” to claim that it will no longer require [Imagination technologies], “without violating Imagination’s patents, intellectual property and confidential information. This evidence has been requested by Imagination but Apple has declined to provide it”.

Imagination: Alternative GPU designs will be impossible without patent infringement

In a serious call against disparagement, the British-based R&D company believes that Apple will not be able to produce any substantive GPU alternatives on its own without violating its patents, intellectual property and confidential information. But with a determination to take its mobile graphics in-house, Apple still confidently insists it has an A-series alternative underway for the next generation of product announcements scheduled for 2018.

Imagination’s rebuttals have not appeared without legitimate grievance, however. Back in October, it was revealed that at least 25 of its employees and management personnel jumped ship to Apple over the past two years. Names include notable ex-COO John Metcalfe, Senior Design Manager Dave Roberts, VP of Hardware Engineering Johnathan Redshaw, and Senior Software Engineering Manager Benjamin Bowman – who is now a GPU architect for the Cupertino company. While the list of grievances prior to today’s breakup is not against the law, it is considered a serious exodus of raw talent that is evidently justified in Imagination’s disconcerted press statement.

Following the statement, Imagination shares plunged by nearly 70 percent, leading to its insistence that it has reason to go to court with the Cupertino company if it finds enough evidence to present a case. This decade, several GPU vendors have taken SoC vendors to court, including Nvidia with Samsung and Qualcomm, and an ongoing AMD case against LG, MediaTek, Sigma and Vizio.

Apple, however, has chosen to remain silent when asked for evidence that its in-house technologies would not violate existing patents. The question is whether Apple will choose to license any needed patents – from Imagination or others – or if it is not talking because GPU development is a lot more competitive now that programs aren’t tied to a specific architecture.

As AnandTech notes, there hasn’t been a new major GPU vendor in nearly a decade aside from Qualcomm’s acquisition of ATI’s Imageon brand (now Adreno) in 2009. It will be interesting to see how this development unfolds and the precautions Apple will need to take in hiding technical details of any upcoming graphics developments. Imagination, on the other hand, now has to work much harder in making up for lost revenues and may have some related announcements over the next few weeks.