Amazon to touch your soul with Echo speaker 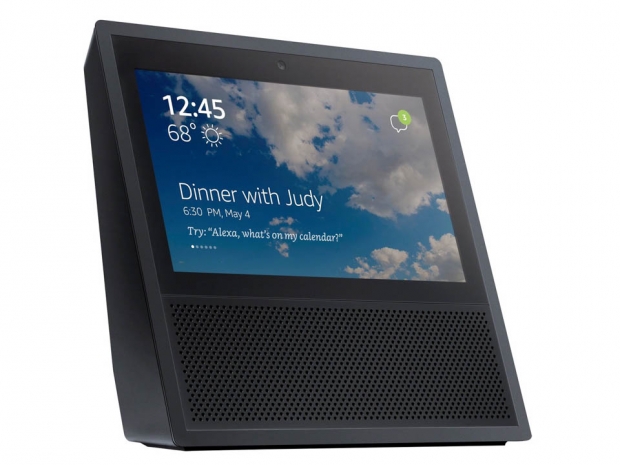 According to a recent headline from the Wall Street Journal, Amazon is on track to reveal a touchscreen-powered version of its highly popular Echo smart home speaker as early as tomorrow.

The premium touchscreen-based Echo will reportedly feature a 7-inch panel that allows users to visualize their emails, notifications and calendar appointments, make IP-based phone calls, and view music or video playlists based on voice-activated responses.

Perhaps more notably, the device will feature the ability to display Amazon shopping results in a more digestible format rather than line-by-line verbal responses. It appears we now live in a world where it is simply not enough to have a smartphone readily available in the kitchen or living room.

Of course, developers are sure to get the biggest headaches as they prepare to support both headless and touch-based Alexa devices. As TechCrunch notes, third party providers are important to the success of Amazon’s smart home offerings, primarily as it hopes to put its algorithms on 128 million devices by the end of 2020.

Earlier today, Microsoft announced a partnership with Harmon Kardon to bring its own Cortana-powered smart home speaker to the market later this year, under the name Invoke. The device will feature the ability to make IP-based phone called over Skype, so it will be interesting to note which services are supported by Amazon’s touchscreen-based Echo in the coming months prior to Redmond’s initial smart speaker debut.

Last month, Amazon announced the Echo Look, a new hands-free style assistant that takes all the core functionality of an Echo device and lets users keep track of their wardrobes through full-length photos and short videos. The device observes a user’s outfit, runs the fashion style through several machine learning algorithms, and then provides feedback and advice from a list of fashion specialists. This device features a depth-sensing, 5-megapixel camera and an LED light on the front, but interacts through a smartphone app rather than a built-in display panel.

As more third-party developers sign on with Amazon’s Alexa Skills Kit and Voice Service, it will be left up to them to decide whether to develop for existing speaker-only designs or branch out with support for the Echo Look and touchscreen-based unit. A recent study from the folks at eMarketer reveals that Amazon commands a high 70.6 percent share of the US market for voice-controlled speakers in 2017, followed by Google at 23.8 percent, and others at 5.6 percent. By the end of the year, the market will feature at least one flagship voice-first device from Amazon, Apple, Google and Microsoft, at which point the market is expected to grow to 24.5 million devices in total.

Much of the difference between devices will occur not only at the price level, but in how many voice commands or so-called “skills” each unit is capable of handling. At the beginning of 2016, the Alexa API was featured in 130 apps. Today, there are over 7,000 apps with support. The other important factor is app retention. If a user has access to thousands of voice-activated apps and only uses a handful of them on a regular basis, then much of the competition is likely to narrow down to these few services between major brand names.

Last modified on 09 May 2017
Rate this item
(0 votes)
Tagged under
More in this category: « Microsoft teams with Harmon Kardon to create Invoke Facebook prepares its own original TV shows »
back to top