All-in-one PC sales to stabilize this year and next 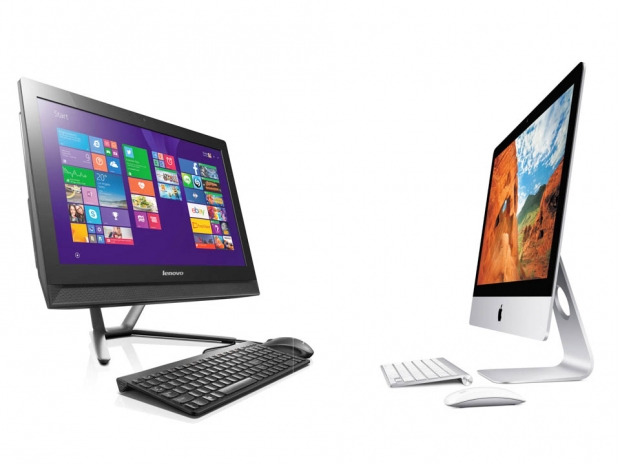 Battle will go to consumers, who will decide market prices

The total number of all-in-one PC shipments worldwide is expected to stabilize both in 2017 and 2018 after having declined for nearly three years in a row, according to the latest report from Digitimes Research.

As of December last year, all-in-one (AIO) shipments had a year-over-year decline much smaller than the overall desktop market for 2016, giving them a 10.4 percent total market share for the year. Even as worldwide PC shipments declined 5.7 percent in Q3, 3.7 percent in Q4, and were either “down” or “slightly flat” in Q1 2017 depending on the source, the market for all-in-ones continues to defy the trends and were only down 1.7 percent in 2016.

Last October, Microsoft’s Surface Studio debuted as an art-focused device with the aesthetics of an Apple iMac and the core functionality of Windows. The device sold surprisingly well around the holiday season, and despite its $2,999 and higher price tags, may have reached around 30,000 units in Q4 with the same amount being ordered from the supply chain for Q1 2017. Original estimates suggested that the company would only sell half this number. Yet the same sources now predict that if the average buyer spends $3,400 on a Surface Studio, the retail value of selling 100,000 units per year would make the all-in-one device a $300 million business.

Lenovo was the largest all-in-one PC vendor worldwide last year and has seen increasing shipments since Q1 2017, according to the latest report. HP’s all-in-one sales came in second place for 2016, while the top four AIO vendors last year contributed to almost 84 percent of worldwide shipments

According to PCMag, the current top choices for all-in-one units appear to be from Dell, HP, Apple, Digital Storm, Acer, Lenovo, and Microsoft. Meanwhile, some of the top ODMs include Quanta Computer, TPV-Inventa, Wistron, Pegatron Technology, and Compal Electronics, which together have supplied over 90 percent of global all-in-one PC shipments. Last June, TPV-Inventa announced it was exiting the market, allowing orders to mostly go to Compal. In addition to being the largest AIO PC vendor in Taiwan, that manufacturer is now expected to have the largest worldwide AIO PC shipment growth in both 2016 and 2017 compared to the others.

Last modified on 09 June 2017
Rate this item
(0 votes)
Tagged under
More in this category: « Wearables market increased 18 percent year-over-year Softbank finds two droids they are looking for on Google »
back to top