AMD shows up to launch day short in hand 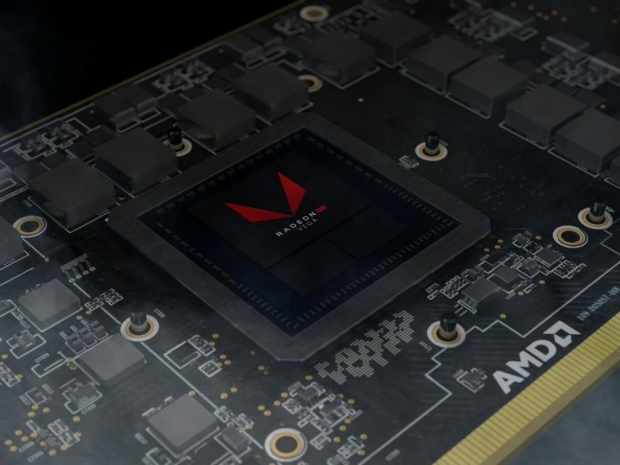 Consumers show up to stores to find shelves empty

AMD fans showing up to retail tech stores hoping to get their hands on the anticipated card may have left disappointed.

It seems that the global launch availability of the AMD Radeon Vega 64 is falling shorter than most could have predicted.  It seems that North American as well as European supplies have been severely constrained in the lead up to the launch of the highly anticipated AMD Vega line of graphics cards.  Not only were press samples being shipped to reviewers at the absolute last minute - or in some cases hand delivered - but it seems that most retail stores and online partners received only limited quantities for today's launch.  It was also noted that there was an even greater shortage of SKUs priced at AMD's announced $499.  It seems that cards priced at the higher point of $599 were available in greater quantities.

We learned over the weekend that US based electronics seller, Fry's Electronics, had only received stock of one SKU priced at $599, and only fifty units in total for sale Monday morning.  Thirty of those units were aligned for online sales, while four stores were each allocated five cards to have on hand to sell to walk-in customers.  It also was shared with us that none of stores in the major technology hubs such as the San Francisco Bay Area were to have any on hand for sale.

AMD told us late on Monday that supplies of the AMD Radeon Vega 64 part should begin to loosen up later this week as shipments to their key partners of chips had been delayed and the turnaround time to get packages to sellers was extremely tight.   Although we have been hearing from some of our normal sources, as well as through some channel partners that they are not expecting to have significant stock of the AMD Radeon Vega boards for the next 30-60 days due to pricing and limited supplies of HBM2 memory.  With the Nvidia 1070 being such a close competitor as well as a possible price drop many of those users who were waiting for today's launch may instead purchase the first bargain package that they see.

Last modified on 15 August 2017
Rate this item
(0 votes)
Tagged under
More in this category: « Wall Street fumes at Foxconn Samsung announces EU spread of TVPlus »
back to top