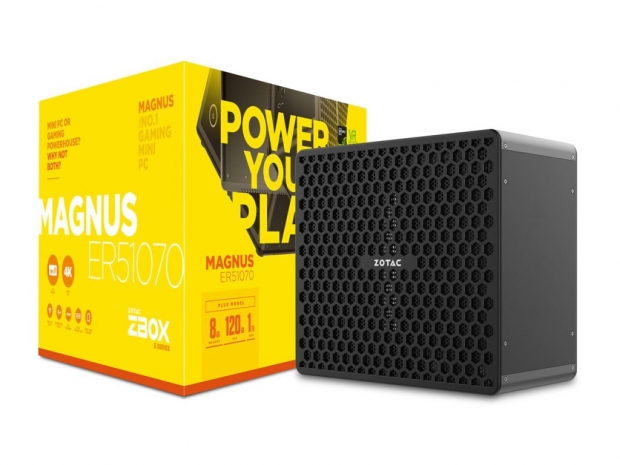 Zotac has unveiled its newest Magnus EK and ER series compact PCs that will be powered by a wide range of Intel Core and AMD Ryzen CPUs as well as its  own GTX 1070 or GTX 1060 graphics cards.

In order to keep those components well cooled the Magnus uses a clever little design which draws air from the top and exhausts it at the back, for both the graphics card and the CPU.

Zotac was quite keen to note that every configuration of the Magnus EK and ER series is also VR Ready and it will be available with HTC Vive bundle, depending on the region.

As was the case with earlier mini PCs, Zotac's new Magnus EK and ER series will be available as barebones or as Plus versions, packed with RAM and storage. Unfortunately, Zotac did not reveal any details regarding the price or the availability date but we are sure that first SKUs will start showing up pretty soon. 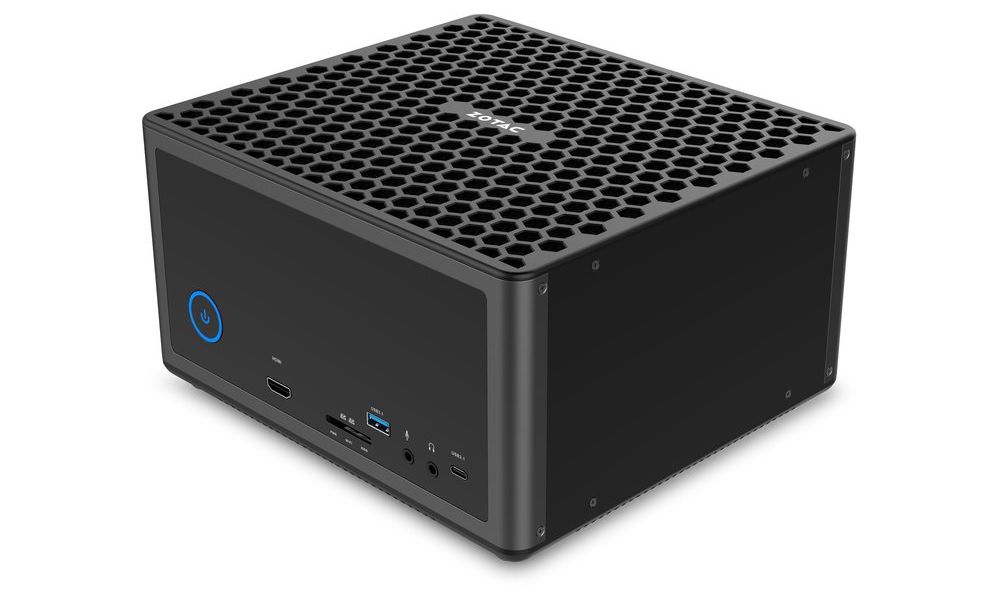 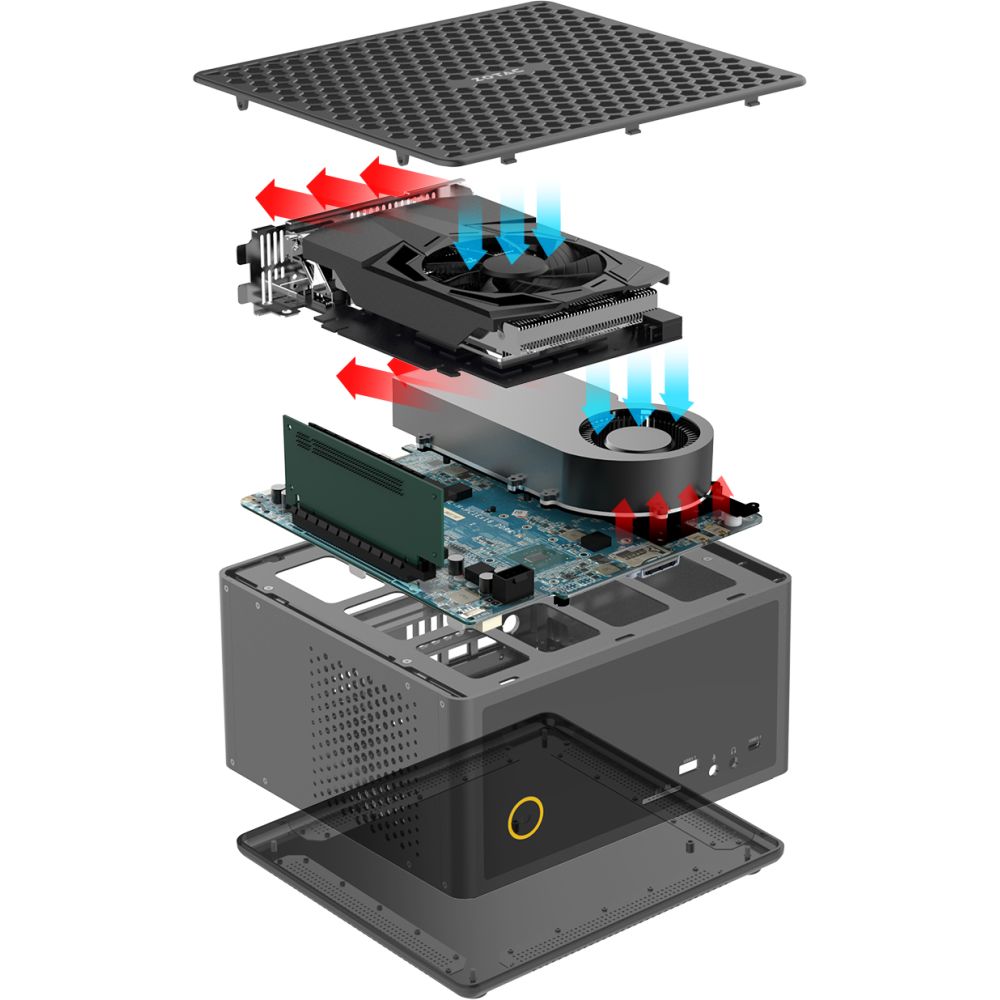