Nvidia bundles Destiny 2 with some GPUs 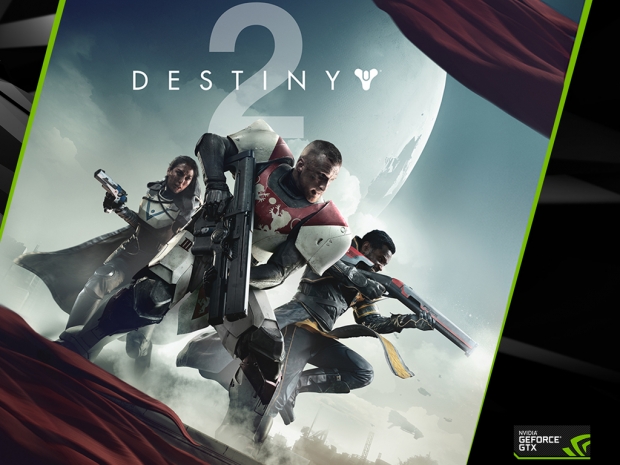 Since Activision and Bungie are launching its Destiny 2 shooter on October 24th, Nvidia has partnered  to give away some keys in its newest Geforce GTX Destiny 2 Bundle.

Available until November 29th, select Geforce GTX 1080 Ti and Geforce GTX 1080 graphics cards, as well as systems or notebooks with these GPUs, will be bundled with a digital copy of Destiny 2 PC. As always, the new bundle is limited to certain partners, retailers/e-tailers and regions so make sure to check out the list over at Nvidia's page. 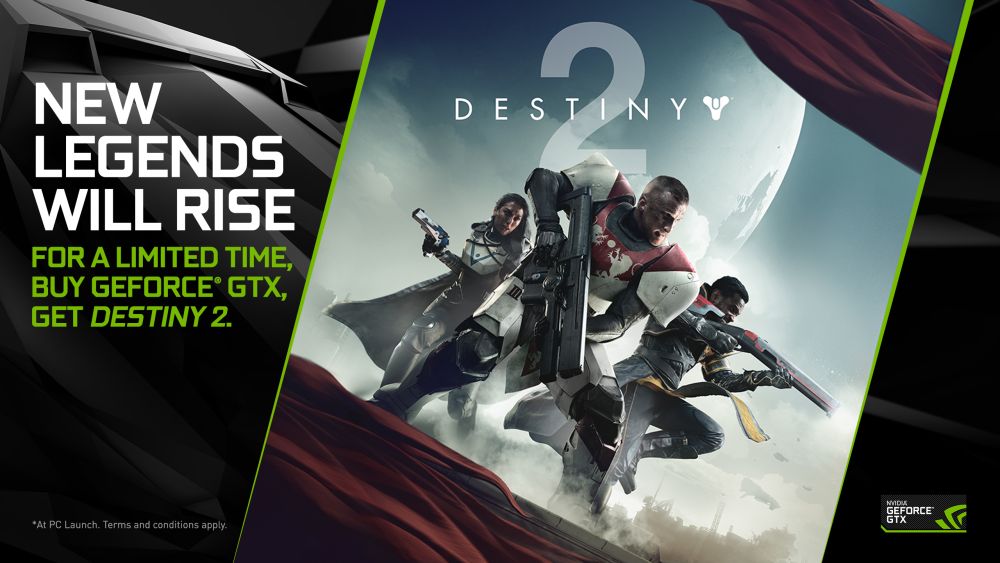 In case you missed it earlier, Nvidia has been working closely with Bungie so Destiny 2 features some of those Nvidia-exclusive technologies, including G-Sync, ShadowPlay, and SLI as well as some that are available only on the PC, including support for 4K resolution, uncapped frame rates, field of view modification, HDR and more.

Destiny 2 game already has the official PC launch trailer and Nvidia also launched a trailer for its bundle, both of which you can check out below.

Last modified on 19 October 2017
Rate this item
(0 votes)
Tagged under
More in this category: « SAP losing ground Key Apple supplier has not paid promised bonuses »
back to top