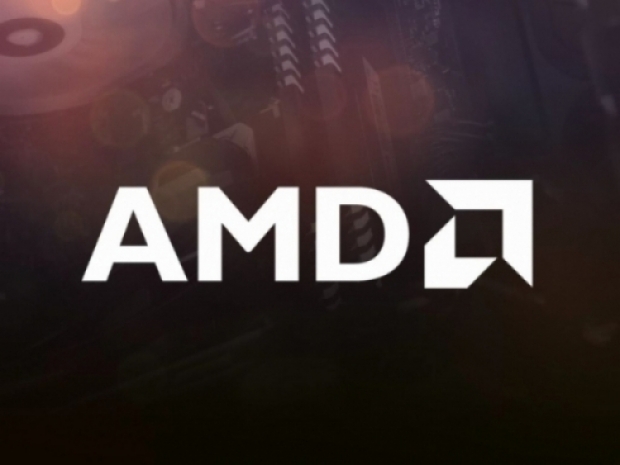 Record quarter with $5.9B of revenue

This is yet another record revenue for AMD and at $5.9B it is a 71 percent increase compared to the last year and 22 percent compared to the previous quarter. As noted, the company reported a gross margin of 48 percent, operating margin of 16 percent with operating income of $951 million, net income of $786 million, and diluted (EPS) earnings per share of $0.56. AMD reported a solid increase across the board, with a 2 percent increase in gross margin compared to the last year, driven by higher server processor revenue and high margin Xilinx revenue.

"The first quarter marked a significant inflection point in our journey to scale and transform AMD as we delivered record revenue and closed our strategic acquisition of Xilinx," said AMD Chair and CEO Dr. Lisa Su. "Each of our businesses grew by a significant double digit percentage year-over-year, led by EPYC server processor revenue more than doubling for the third straight quarter. Demand remains strong for our leadership products, with our increased full-year guidance reflecting higher AMD organic growth and the addition of the growing Xilinx business."

According to AMD, the record revenue can be attributed to high sales from Computing and Graphics and Enterprise, Embedded and Semi-Custom segments and the inclusion of Xilinx revenue. 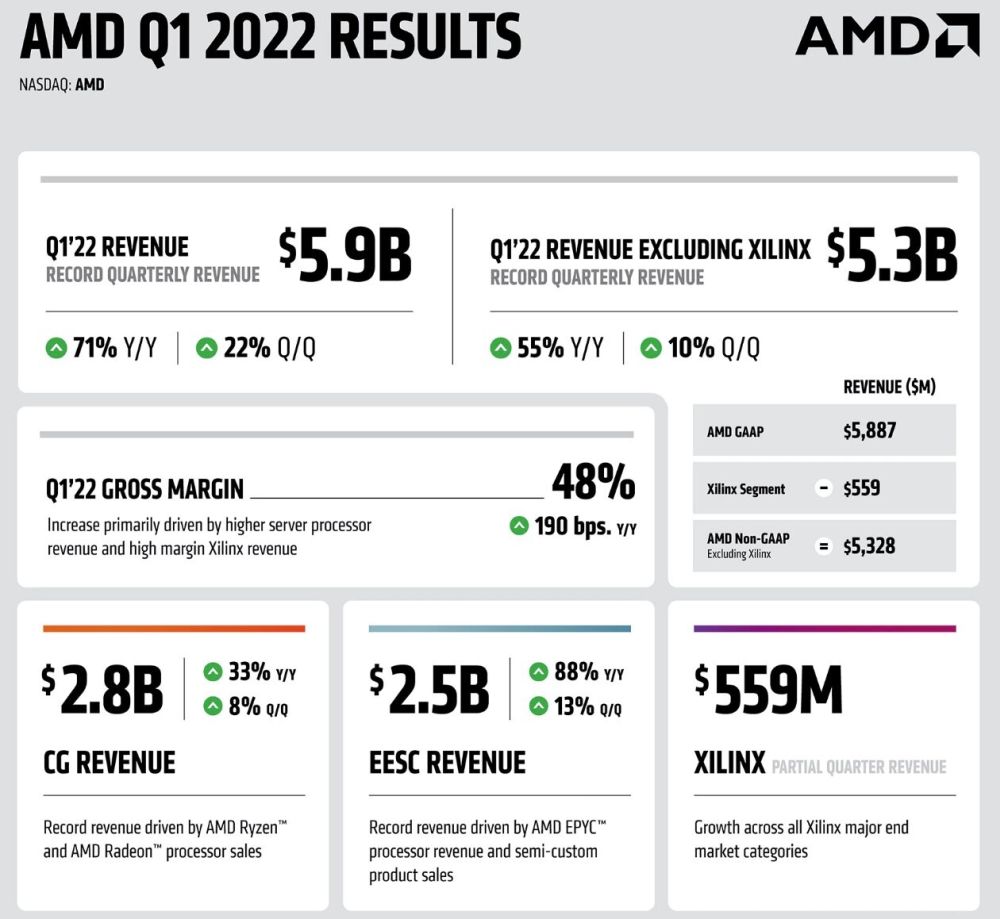 AMD was keen to note that it managed to complete the acquisition of Xilinx and made an agreement to acquire Pensado.

AMD's board of directors elected President and CEO Dr. Lisa Su as the chair of the board and John E. Caldwell as lead independent director, while former Xilinx board members Jon Olson and Elizabeth Vanderslice also joined the AMD board. A;D board of directors approved a new $8 billion share repurchase program that will be an addition to a $4 billion share repurchase program announced last year. The board also has decided to enter into a $3 billion sustainability-linked credit facility to replace its existing $500 million revolving credit facility. 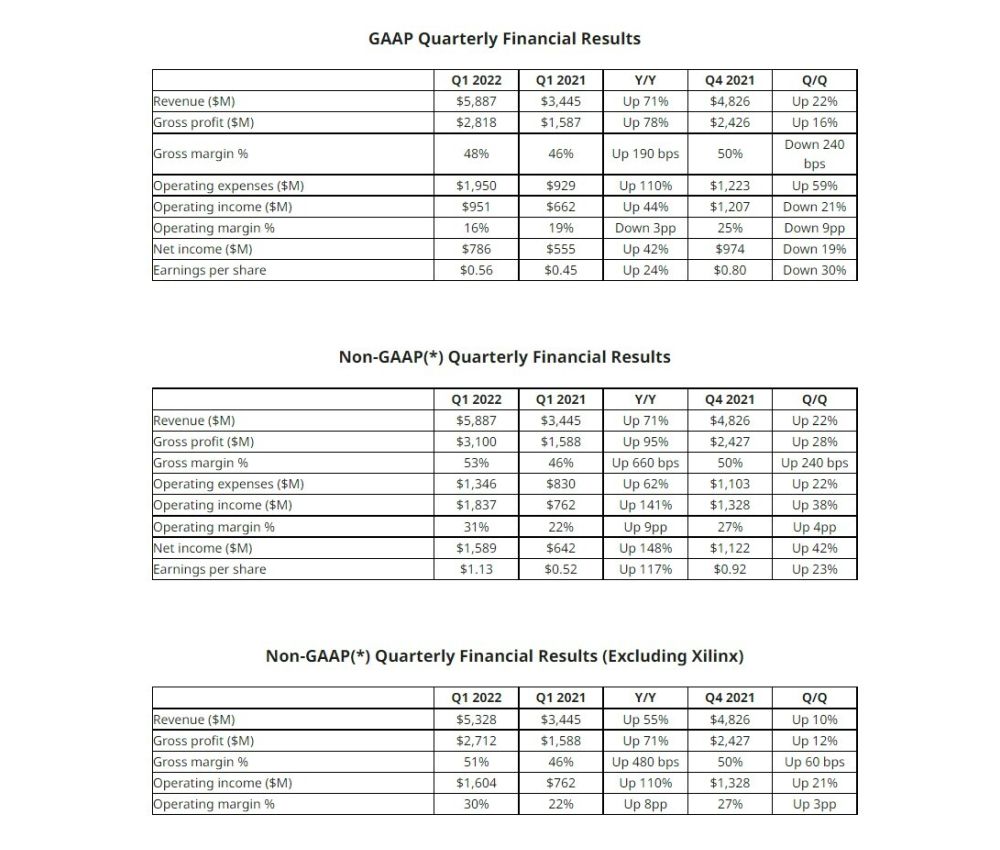 Rate this item
(1 Vote)
Tagged under
More in this category: « CDC harvested data to track US citizens ARM finds that Wu not leaving office »
back to top