CEBIT 2007:  Analogue switching off is ready to begin

Europe decided to cease all analogue television transmission by the year 2012 and switch all terrestrial television broadcasting to digital. America will broadcast analogue utill February 17, 2009. Digital signal is already sent across Europe and first DVB-T receivers are hitting the market.

Digital signal has many goodies over analogue, picture is superior, audio quality is improved and most important digital channels take up less bandwidth space.

On DigiO2 boot we saw one nice little RF DVB-T receiver. It has dual VHF/UHF antenna compatible to standard home antenna. You have to use scart interface for connecting it to TV and it has one USB port and RF remote control. 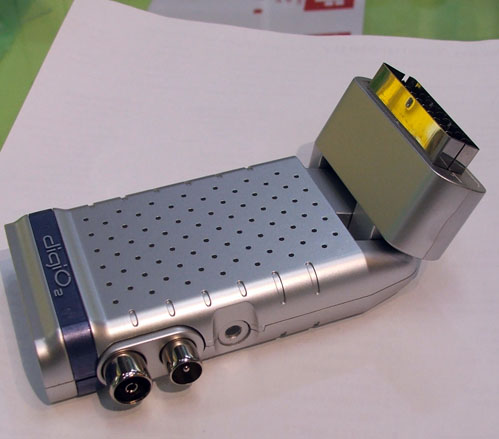 It is 145X60X22mm big and weights 134 grams. It does MPEG II decoding and can output PAL, PAL60 or NTSC. It supports stereo or mono audio signal decoded through MPEG I/II. The tuner needs extra power from 5V/12A power adapter. 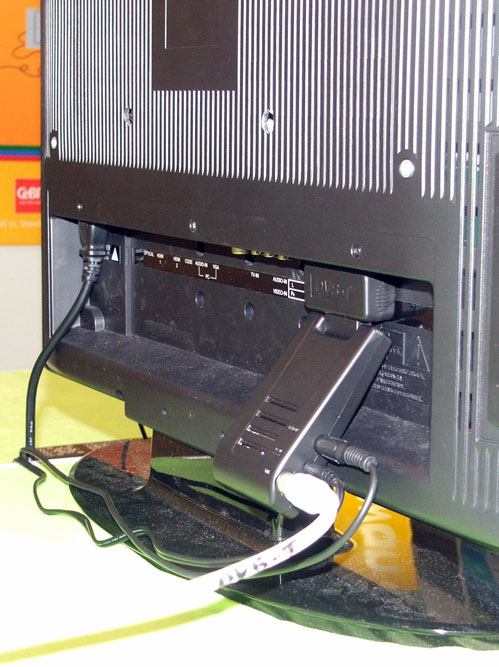 We also learned that starting from March 1, 2007 new television sets who receive signals [over-the-air] must include digital or HDTV tuners for digital broadcasts. In the meantime before you change your TV for new one digiO2 is good choice as it can do the job.

DigiO2 has DVB-T USB receivers too and you can choose from many types, all USB. 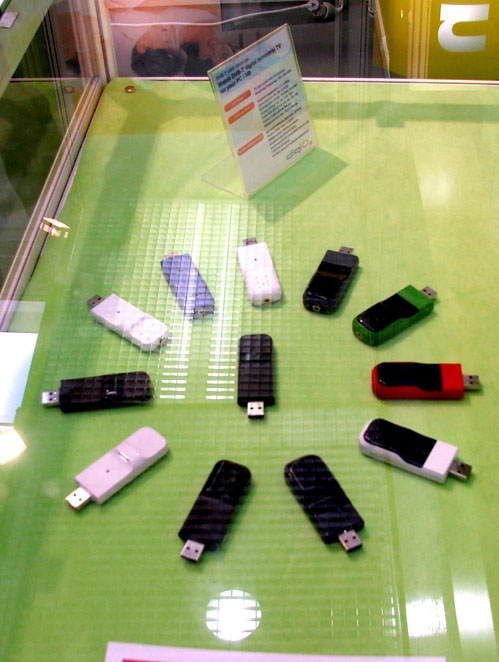