Gainward has been a loyal Nvidia partner for year and it is now taking the relationship to a new level. No, it is not moving into Nvidia’s HQ, but it is entering the tablet market with an affordable Tegra tablet.

The Gainward Galapad 7 is a low cost 7-inch tablet powered by Nvidia’s Tegra 3 clocked at 1.3GHz. The screen resolution is 1024x600, which is still the norm in the 7-inch world, but it’s a notch under the Nexus 7. At least it is an IPS screen, which is not always the case in this price range.

Gainward’s first tablet is already on sale in Europe and prices start at €179. It is a bit pricier than the Asus MeMo Pad ME172V, Acer’s Iconia Tab B1 and Lenovo’s Ideatab A2017A, but then again it is based on a much faster chip. It is also significantly cheaper than the Nexus 7, which usually sells for €230+ in Europe. All in all it sounds like a fair deal for a speedy Jelly Bean tablet. 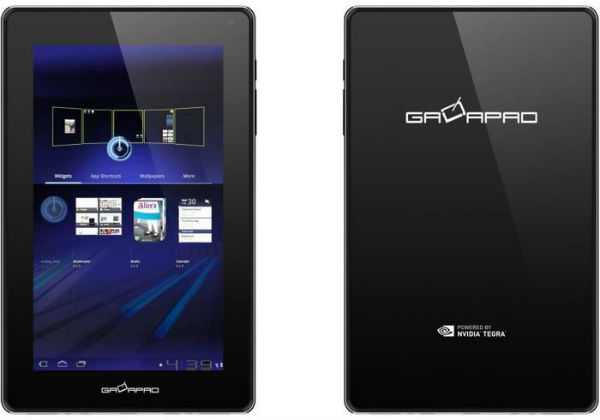 Last modified on 18 February 2013
Rate this item
(0 votes)
Tagged under
More in this category: « Archos rolls out Platinum line tablets Hoarders cash in on Microsoft Surface shortage »
back to top