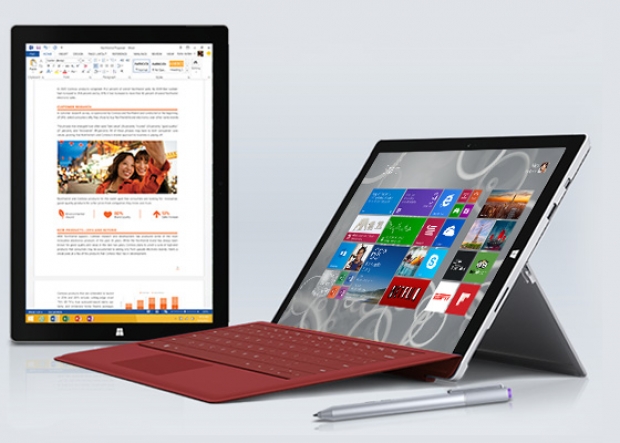 Microsoft has issued a firmware update for its unlucky Surface Pro 3.

The update is for the USB 3.0 card reader driver which is supposed to improve power efficiency when using an attached SD card.

The Haswell-based Surface Pros (Surface Pro 2 and Pro 3) looked so good and did so much that Apple was forced to copy them. However there were some unlucky devices which have been plagued by bugs.

ne problem involves "System Interrupt" which steals 30 percent of overall CPU even during idle, killing battery life and driving heat output through the roof for no reason.

Redmond has never adequately addressed this issue for the entire span of two generations of Surface devices, but it appears that it might have been a problem with SD cards. This is what the firmware is supposed to fix.

Another idea is that the bug is related to the device's audio subsystems, as a bizarre and temporary remedy to this problem is to play any form of audio.

Shutting down the computer via Shut Down will cause the problem to resume on next startup. Changing hybrid boot settings are not known to alter this behaviour.

We suspect that the geniuses at Apple are frantically trying to clone the bug for its new version of the Surface, the IPad Pro.

Last modified on 16 September 2015
Rate this item
(2 votes)
Tagged under
More in this category: « iPad Pro doomed to disappoint Toshiba Launches Affordable 10" Two-in-one »
back to top