Why PCs are failing 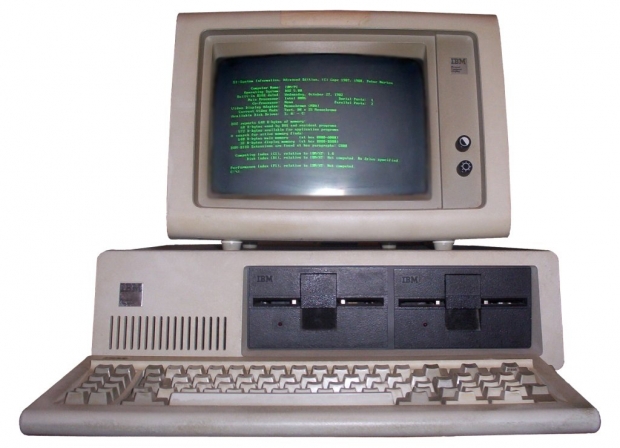 No compelling need for an upgrade for a decade

For the last few years the PC market has been falling steadily, but the reason has never been truly worked out, but the answer could be found in the rise of gaming computers.

When the bottom dropped out of the PC market, people were far too quick to blame the increase in the use of mobile and tablets. In fact the fall began before Jobs waved his first tablet about and continued long after the tablet fad died. Initially it was thought that it was due to the recession, but it failed to pick up afterwards.

Several suggested that Microsoft producing operating systems which did not require an upgrade might be to blame. Why would anyone upgrade if you have a machine that does what you want and still runs the latest operating system. This statement is close to explaining what I think the real cause is, but not a complete answer.

This year the PC makers started to notice that gaming computers were doing rather well. This should not be the case as they are more expensive and not needed by business users. But, the reason is that the software that powers modern games demands more resources and are actually good.

This is, in my view the reason why the PC market is in trouble. There has been no software created in the last ten years that uses the available hardware.

Since the introduction of GUI driven PCs software has more or less stayed the same. If you buy a PC you will need it to run an OS, an Internet browser, an Office Package, perhaps a graphics package like photoshop, or a DTP package. None of this will tax a PC made in the last seven years. In fact you can run the lot on a low spec PC.

With Windows 10 you do not need to upgrade, unless it can’t find drivers for some of your more elderly components. The chip also does not have to be particularly fast either, particularly if you run your OS on an SSD. Most software will run fast enough on a sub-

The clock speed for a PC chip can be more than 4 GHz but most PCs would run at sub- 2GHz speeds and their owners would never know. The hard-drive speed is more obvious but an SSD upgrade sorts that out.

Software developments in the last decade have made upgrades even less necessary for corporates. Network based PCs and the cloud mean that the user facing computer can be safely dumber and no one would notice.

But look at the issue from a historical perspective. The PC that sits on most people’s desks is more or less the same as they would have bought ten years ago. It has a QWERTY keyboard and a mouse and an internet connection. It runs most of the software which is thrown at it. In other words, the technology behind the PC has hardly changed at all. It might have been tweaked, refined and improved but it is still essentially the same thing.

The software is pretty much the same too. Microsoft Word and Excel might have more bells and whistles, but it still is the same concept that it always has been. The program’s core is the same. At the user side of software there has been little new that takes advantages of chip changes.

In short, while PC makers have been worried about the death of the industry, no one is making killer apps which call for an upgrade – other than gaming. In fact Windows 8 made matters even worse by bringing low powered mobile apps into the PC environment. Browser based software did the same thing.

Hardware makers are forced to sell a product which costs a fortune in R&D that no-one needs.

So what is the way out of this mess? Well the gaming industry hints that the way to save the PC is to encourage the development of new software which requires an upgrade. This can’t be a new operating system, because Windows XPs long life shows how an operating system is not a compelling reason for an upgrade.

What sort of non-gaming software would tax a modern PC? At the moment there is nothing. But if I were Microsoft, Cisco, Lenovo and the rest I would be thinking about it really hard, because at the moment users are only going to upgrade PCs when they wear out.

Last modified on 21 December 2015
Rate this item
(24 votes)
Tagged under
More in this category: « PC supply chain depressed Shield Tablet K1 gets Android 6.0 »
back to top