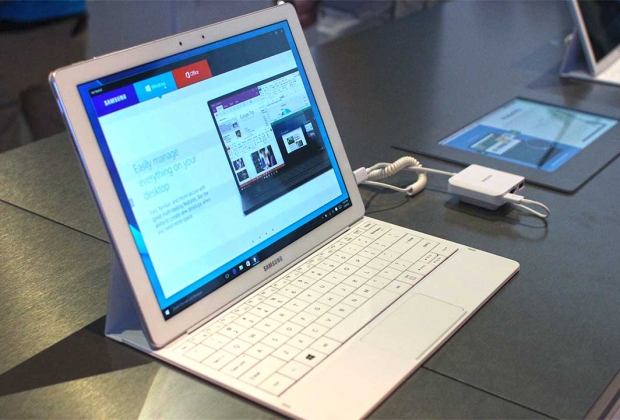 Surface Pro rival with Intel inside

Samsung today announced the availability of its Galaxy TabPro S 2 in 1s which is headed to take on Microsoft’s Surface Pro.

The 2 in 1 device will be powered by a 6th Gen Intel Core m processor, was created specifically for people on the go and mobile professionals.

This is the sort of thing that the Core m is designed for. They were built to deliver good performance on the go while allowing thin and fanless devices. Having seen them in action as Intel intends, this chip is one of the most understated products Chipzilla flogs and should be the key to the mobile market.

The chip is clocked at 2.2GHz, 4GB RAM the machine has a 128GB solid state drive and the beast is WiFi-only for now. Powering the entire affair is a 5,200mAh battery rated for more than ten hours that you'll have to recharge using the slate's USB Type-C port.

On the plus side is that it comes with its own pack-in keyboard so you're at least spared that extra expense.