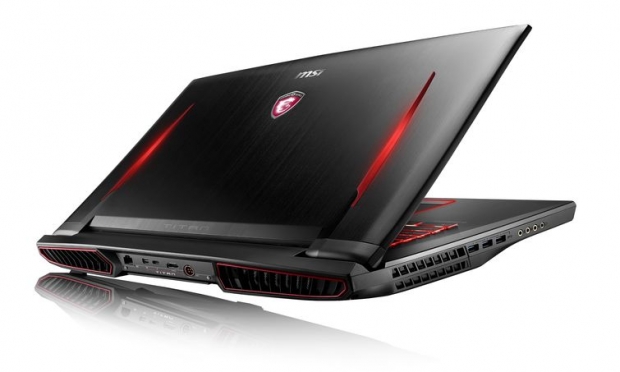 Have all the semi-colons in the right place

Nvidia has been talking up new pascal based gaming notebooks based around the GTX 10-series GPU.

As we have mentioned before the they will not be mobile chips as Nvidia has killed off the '-M' suffix so these gaming notebooks will have the same GTX 1060, GTX 1070 and the GTX 1080.

The GTX 1060 replaces the GTX 970M. The core count is the same as the desktop part, but again there is that slight clock speed reductions to both the base and boost. The memory is the standard 6GB of GDDR5 at 8Gbps.

Nvidia has not mentioned the TDP figures other than saying that they are close to those of the chips they replace.

All this means that the 120fps 1080p Ultra gameplay is now a possibility, as is 4K with high settings at least for the GTX 1080. All of the notebooks are VR ready and can be overclocked.

Nvidia is saying it's achieved up to 30 percent more battery life and all the laptops will support Battery Boost which allows for a balancing image quality, frame rate and battery life.

There is Widened G-Sync support. In the bad old days notebook G-Sync was limited to 1080p 75Hz, but this is now increasing to 1440p 120Hz, with Nvidia tripling the number of certified panels for the new range.

Nvidia told us it expected laptops to be available immediately. It is expected that there will be a starting price of $1,300 for GTX 1060 laptops, but pricing will of course vary wildly based on OEM, GPU and laptop model.