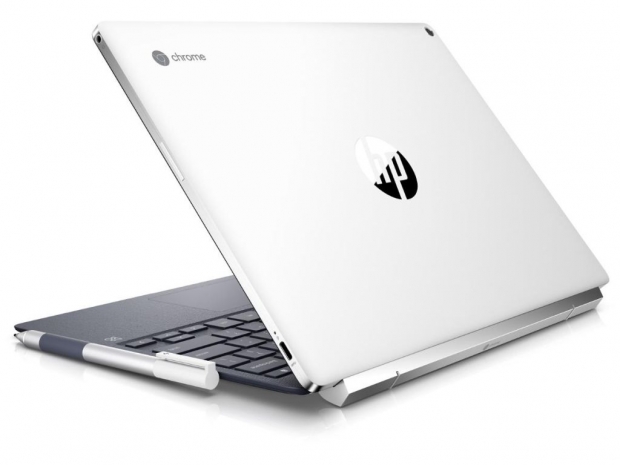 HP has decided there is a market for a Chrome OS-based tablet and has announced its own US $599.99-priced "detachable" tablet running on Intel's 7th generation m3-series CPU and powering that Google OS on a 12.3-inch QHD resolution IPS screen, the Chromebook X2.

Unlike previously available Chromebooks from HP, which were all notebooks, the new Chromebook X2 is pretty much a tablet with an attachable slim full-sized keyboard. According to HP, citing IDC's PC Tracker report from Q4'17, Chromebooks are one of the fastest growing PC categories, with a growth of over 50 percent in the past two years.

With just 8.2mm thickness without a keyboard (15.3mm with it attached), the HP Chromebook X2 uses rather high-end materials like anodized aluminum finish, leather-like surface for the full-sized keyboard, and Corning Gorilla Glass 4 on top of that 12.3-inch touch screen.

Surprisingly, the touch display is probably the star of the show as you get a 12.3-inch 2400x1600 IPS screen at a "reasonable" price.

Specification-wise, the HP Chromebook X2 runs on Intel's 7th generation Core m3-7Y30 dual-core CPU with Hyper-Threading (4 threads), working at 1.0GHz base and 2.6GHz maximum Turbo frequency. The m3-7Y30 is actually the only 7th generation m3 CPU, launched together with the Core i7-7Y75 and the Core i5-7Y54 CPUs. What makes the m3-7Y30 special is its configurable 4.5W standard TDP, ranging from 3.75W up to 7.0W (by lowering or raising the base clock from 600MHz to 1.6GHz).

The good side of the story is that it does come with Intel's Turbo Boost Technology 2.0, all the I/O connectivity, support for DDR3L-1600 or LPDDR3-1866 memory in dual-channel, and comes with Intel HD Graphics 615.

The rest of the specifications include up to 8GB of LPDDR3-1600 memory, up to 32GB of internal storage (expandable by up to 256GB via microSD card slot) with 100GB of two-year free Google Cloud, dual-speakers custom tuned by B&O Play, front 5-megapixel and rear 13-megapixel cameras, two USB Type-C ports, 802.11ac 2x2 WiFi with Bluetooth 4.2, and more. Unfortunately, it does not feature wired network, mostly since all connectors are on the tablet so such port would definitely add to the thickness. It will also be available with an optional digital pen and HP was quite keen to note that its special hinge allows it to be used in several modes.

According to HP, it comes with a battery that should keep it alive for up to 10 hours, which is not bad but far away from a full-day of use.

The HP Chromebook X2 should be available directly from HP or from Best Buy on June 10th with a starting price of US $599.99, so we are eager to see what kind of SKUs and upgrades can we expect. It can also be found on the HP store here. 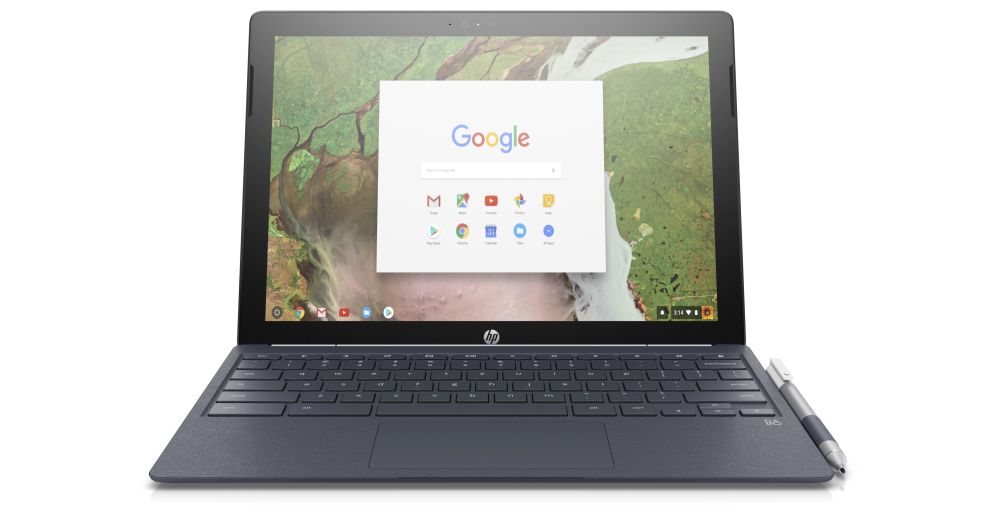 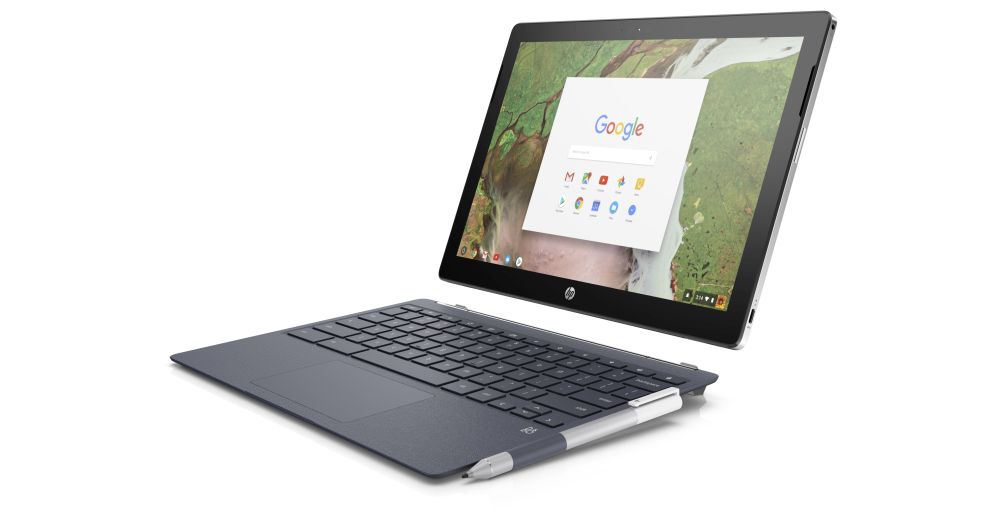 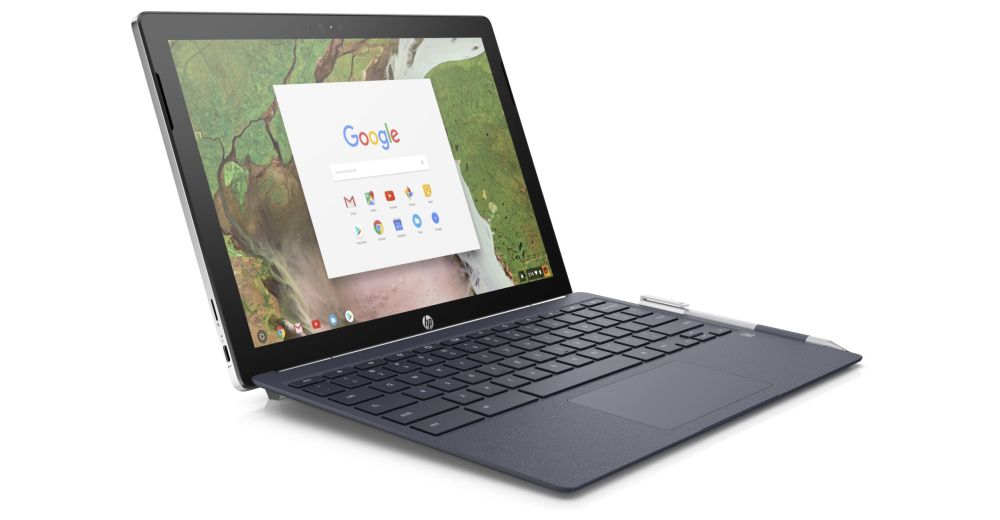