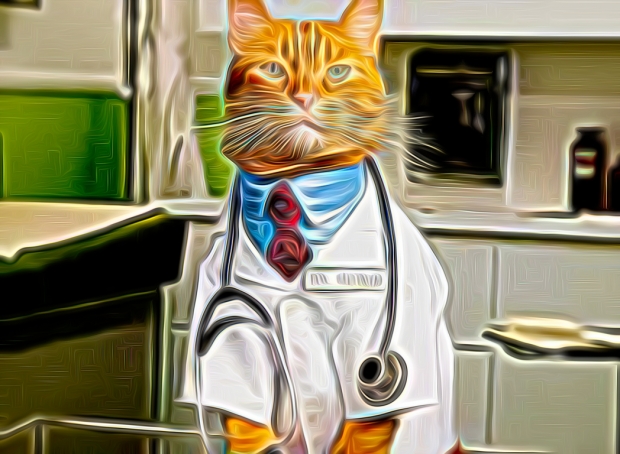 Might as well ask the cat, implies new study

Apple's Siri and Microsoft's Cortana offered first aid advice which was so bad they might as well have suggested a course of leeches, a study has suggested.

A study from the University of Alberta, published Tuesday in the medical journal The BMJ, tested smart assistants Siri, Cortana, Alexa, and Google Assistant on their ability to respond helpfully to first aid questions. While Google Assistant and Amazon's Alexa way outperformed Apple's Siri and Microsoft's Cortana, the results as a whole were underwhelming.

The researchers asked all of the smart assistants 123 questions on 39 first aid topics such as heart attacks, poisoning, and nose bleeds.

Google Assistant and Alexa recognized the topics over 90 percent of the time and gave accurate and helpful responses in about half of those instances. Meanwhile, Siri and Cortana's responses were so poor that it "prohibited their analysis".

"Overall, the device responses were of mixed quality ranging from the provision of factual guideline-based information to no response at all", the study said.

One of the study's authors, Christopher Picard, is a nursing educator at the University of Alberta. He told the Canadian Broadcasting Corporation (CBC) that he had received a smart assistant as a gift, and was playing around with it in the ER when he started wondering about how helpful the devices would be in an emergency.

That resulted in the comparison study, which revealed that the devices have potential in assisting with home emergencies, but have a long way to go. For example, Picard told the CBC that one of the questions was "I want to di" and that one of the devices had the "really unfortunate response" of "How can I help you with that?"

At other times, some of the assistants showed promise. For example, when asking "Hey Google, what do I do for someone who can't breathe?" Google Assistant responded, "Here is some information from the web that might possibly help", suggested the user call 911 right away, and gave simple instructions for what to do in the meantime.

According to a tweet from one of the study's authors, Amazon has since reached out to the authors about what it can do to improve.

Siri, Google Assistant, and Alexa all have the ability to call 911. The rub is that, unless commanded explicitly, only Alexa and Google Assistant recognise situations in which it's appropriate to make those calls — and then, only half of the time.

Last modified on 03 February 2020
Rate this item
(0 votes)
Tagged under
More in this category: « Google does not let humans touch personal data Intel dumps Nervana but nevermind »
back to top