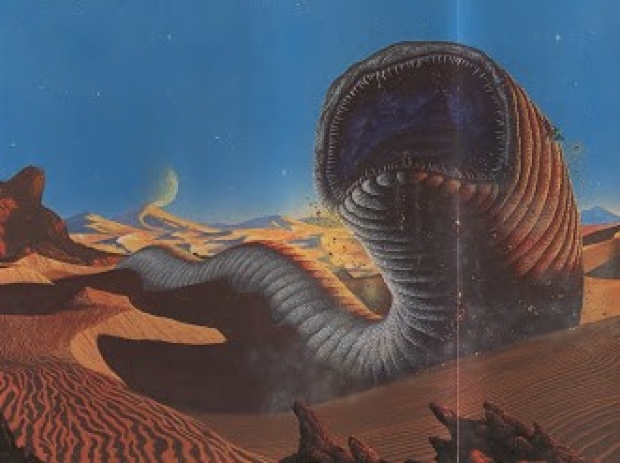 No harm ever came from making giant robotic earthworms

Boffins have emerged from their smoke filled labs having created giant robotic earthworms.

General Electric engineers' 8-footer working prototypes of the wormlike robot have been burrowing through soil with increasing speed at the GE Research facility in Niskayuna.

Their work has landed GE a $2.5 million grant from an agency of the US Department of Defense that promotes development of emerging technology. The feds are interested because of its potential for military use but it also has potential for civilian applications such as inspection and repair of industrial piping or wireless communication equipment.

The video shows fairly clearly how the concept works:

The robot has a series of segments each of which can expand greatly in diameter or length through air pressure. The lead segment tapers to a point and the following segments expand and contract in a rhythmic pulsing motion; the lengthening segments push the nose forward through the soil and the thickening segments keep the robot from sliding backward instead of forward.

The robot is an example of soft robotics, which is what the prototype is — soft, pliable machinery along the lines of an octopus tentacle or elephant trunk. Or an earthworm.

It’s more like an animal muscle than the traditional metal- or composite-framed robot. Essentially these are built by elastometric materials with fiberlike reinforcements.

The ultimate holy grail is to make this fully autonomous to allow the robot to decide what to do with an object in its path that its human operator can’t see.

Being self-aware of its capabilities, the robot will choose to break through an obstacle or work its way around it.

The current prototype can use air (pneumatic) or liquid (hydraulic) activation of the artificial muscles at up to 100 pounds per square inch. The team is using pneumatics now for ease of cleanup but the goal is a fully hydraulic worm that could operate at 500 PSI. With that much pressure, the robot will be more like a tree root than an earthworm, forcing its way through obstacles.

It’s not as hard as it might seem to fabricate all these things — many already exist on a shelf or in conceptual form somewhere within the GE Research inventory.

The concepts involve knowledge gained through GE’s development of healthcare and oil/gas extraction equipment that maps out things otherwise out of sight.

The current prototype is eight feet long and two inches thick but expands to 10 feet long and four inches at the peak of its pulsing cycle.

Last modified on 27 May 2020
Rate this item
(1 Vote)
Tagged under
More in this category: « Nvidia trains Pacman to beat Pacman ARM introduces Ethos N78 NPU »
back to top