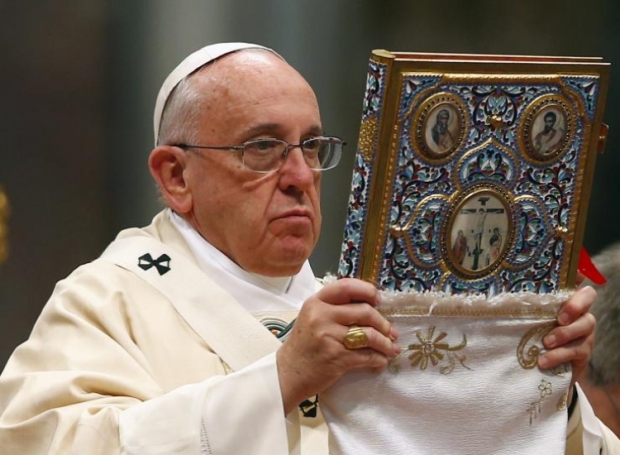 Hoping to convert it later

The head of the Roman Catholic church has asked his invisible friend to make sure that AI is good for humans.

Pope Francis must be hoping that AI does better at organising humanity than organised religion managed and might look after kiddies better than the Roman Catholic church.

The Pope said that he was praying that the progress of robotics and artificial intelligence may always serve humankind.

This isn't the first time Francis has ventured into the fraught territory of AI ethics and alignment, although quite why the Roman Catholic Church with its bank dealings with organised crime, inherent corruption, and kiddie sex scandals feels that it has the right to talk about ethics.

In February, the Vatican hosted executives from IBM and Microsoft for a summit on "human-cantered" ways of designing AI.

They formulated the "Rome Call for AI Ethics", which called for AI to be designed with a focus on the good of the environment and "our common and shared home and of its human inhabitants".

In his own comments after the summit, Francis warned accurately that AI could worsen economic inequalities, but he also put his hope in the "immense potential that new technologies offer".

The other side: While we may want AI to "serve humankind", that servitude could get tricky should we ever develop fully conscious machines that can think, feel and perhaps even believe.