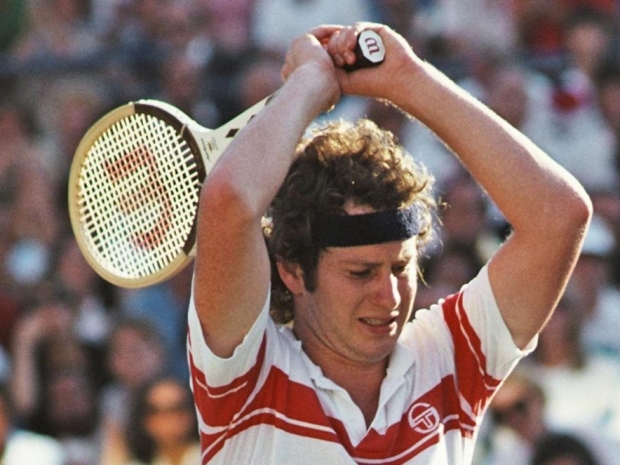 You can’t be serious

A special ESPN+ show Saturday brought back John McEnroe to face himself in a virtual tennis match.

The match pitched McEnroe against five avatars from pivotal points of his career. To make it work they used a combination of artificial intelligence and machine learning.

The Unit 9 team spent a day with John to bring the vision to life via full-body scanning, motion capture and Unreal Engine MetaHuman technology (a cloud-based app that creates photorealistic digital humans). The avatar game system will be projected on a hologram particle screen and will be a simulation of gameplay with a system of ball launchers and ball return robots.

When McEnroe sent a ball over the net, the avatar responds to the direction of the real ball. As the avatar swings, a new ball is fired from the ball cannon and then flies through a smokescreen at a precise point in space to make it appear from the avatar's racket position.

Unit 9's team analysed hours of footage from John's matches throughout his entire career and recorded hundreds of shots, strokes and movements.

They recorded 308 shots with over 259 loops and blends to really capture his footwork and well-known shot-making and volleying skills.

The team recorded numerous key phrases and statements so McEnroe could talk smack to his virtual self, smash a few rackets and abuse the referee.

McEnroe pointed out to Forbes that whatever happened he could not lose. But he did enjoy the experience:

He said it was interesting to play the 1979 version of him because professional tennis was all so new to him at the time. "That was the year I may have enjoyed the most on the circuit," he says, "I was just coming up, and on the way up and you are so excited and want to travel the world."

Last modified on 09 May 2022
Rate this item
(0 votes)
Tagged under
More in this category: « Nvidia turns to AI for design process improvements
back to top