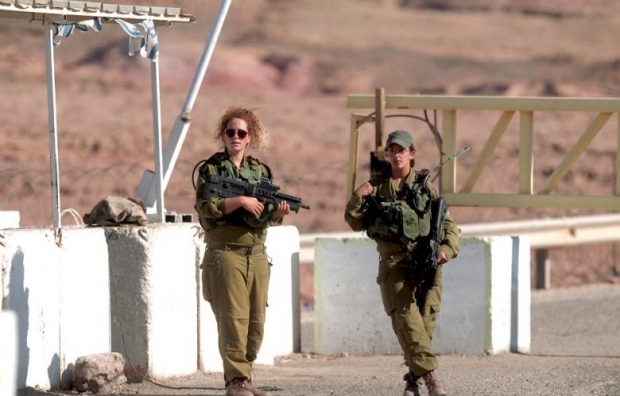 According to Euro News, twin gun turrets are installed on top of a guard tower overlooking the crowded al-Aroub refugee camp in the West Bank.

Refugees have noted that it can fire without any difficulty from a soldier, although some button appears to be being pressed.

"Also, it is very fast, even faster than the soldiers... The tear gas bombs that it fires can reach the end of the camp and all the way up there. I have seen it several times and I have videos," one refugee camp person said.

The company behind the remote-controlled weapon Smart Shooter says the purpose of the autonomous guns is to protect soldiers and civilians better by enhancing the accuracy of hitting the right target.

Smart shooter CEO Michal Mor said that a terrorist will be inside a civilian environment with many people that we do not want to hurt. Smart Shooter helps ensure the target is legitimate.

"Once he locks on the target, the system will ensure that the round will be released when he presses the trigger, only on the legitimate target and none of the bystanders can be hit by the weapon".

The Israeli army in a statement said the autonomous guns are regulated like any other weapon in their arsenal, and won't use live rounds; they can only fire tear gas, stun grenades, and sponge-tipped bullets.

Human rights activists are raising concerning voices about "the digital dehumanisation of weapons systems" and accusing Israel of creating "a powder keg for human rights".

"At the end of the day, when you combine a technology that invariably removes to some degree the kind of human judgment necessary to police, according to international law, a complex situation," Omar Shakir, Israel and Palestine Director at Human Rights Watch, said.

Robotic weapons are increasingly in operation around the world, with drones being widely used from Ukraine to Ethiopia, and remote-controlled guns having been used by the USA in Iraq, South Korea along the border with North Korea, and by Syrian rebels.

Last modified on 18 October 2022
Rate this item
(4 votes)
Tagged under
More in this category: « AI can’t translate languages Eric Schmidt not in hot water about AI investment »
back to top