As far as the layout goes, the new A75A-G55 motherboard looks pretty clean, although we would certainly like to see angled SATA ports on the edge of the board. Spec wise, the new motherboard has four DDR3-1600 slots, two PCI-Express x16 slots (one set at x4 when both are used) with support for AMD's Dual Graphics and CrossfireX, three PCI-Express x1 slots, and two PCI slots, Gigabit LAN, two USB 3.0 ports, 7.1-channel audio, couple of USB 2.0 ports and DVI, VGA and HDMI outputs.

The new motherboard is currently listed in Europe with a lowest price tag set at €79,12. You can check it out here. 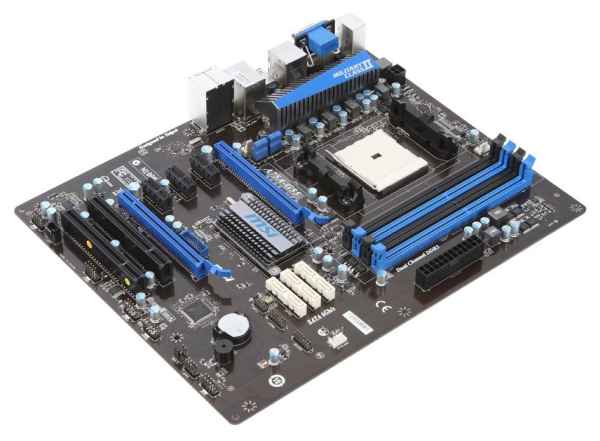 Last modified on 12 August 2011
Rate this item
(1 Vote)
Tagged under
More in this category: « Intel Marshaltown aims for 20mm slim systems More A55 motherboards show up, offer great value »
back to top