Llano motherboard with all the features

As expected and hinted earlier, Zotac has now officially announced its latest mini-ITX motherboard, the A75-ITX WiFi based on the AMD's A75 chipset with support for FM1 APUs.

As you would expect from Zotac's HTPC friendly motherboards, this one also features almost everything that you would want from a mini-ITX motherboard including the WiFi. The full spec list includes a PCI-Express x16 slot, two memory slots with support for up to 8GB of DDR3-1866 memory (depending on the APU that you are using), dual Gigabit Ethernet, eight USB 3.0 ports (two via header and six in the back), four SATA 6.0Gbps ports, 802.11bgn WiFi, Bluetooth 3.0, DVI and HDMI outputs and 7.1-channel audio.

Due to the comprehensive feature list, we expect the new motherboard to retail/e-tail at around €90. 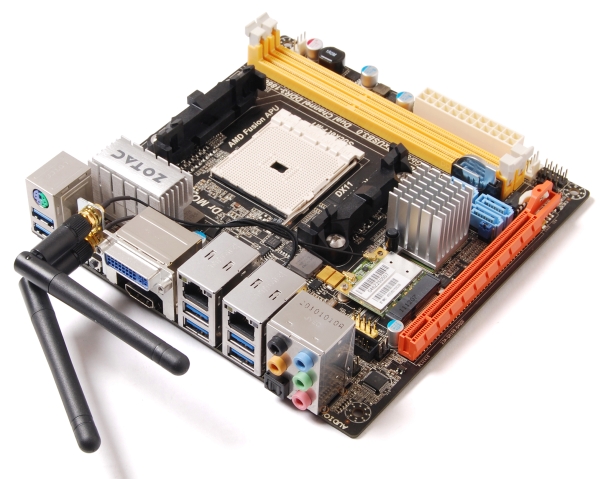 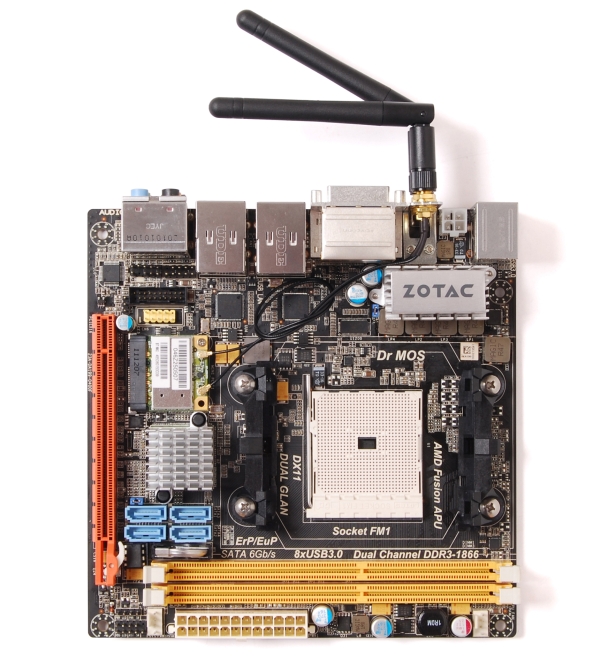