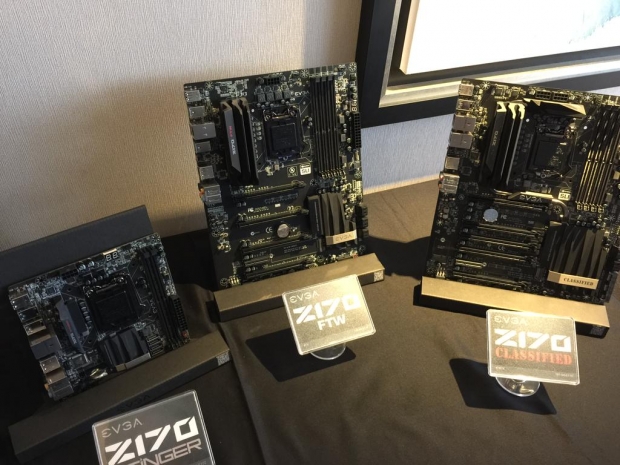 The next in line is the EVGA Z170 FTW, which is mostly aimed at those looking for a high-end motherboard but without an extra overclocking features as this one will be powered by single 8-pin EPS power connector and most likely feature an 8-phase VRM. It also comes with four DDR4 memory slots, four PCI-Express 3.0 x16 slots, single PCI-Express 3.0 x4 slot, single M.2 slot, six SATA 6Gbps ports and lacks SATA Express ports, at least as far as we can see on the picture.

The last but not the least is the mini-ITX EVGA Z170 Stinger, which will appeal to those building a high-end SFF gaming rig. It comes with slightly toned down 6-phase VRM powred by a single 8-pin EPS power connector, only two memory slots, supporting up to 32GB of DDR4 memory, single PCI-Express 3.0 x16 slot, four SATA 6Gbps ports but also retains some extra features like on-board buttons.

All three motherboard feature the same stealthy black/silver color scheme. Unfortunately, EVGA did not talk about the price or the actual availability date but we guess we will hear a lot more about them as soon as Intel officially launched its 6th generation Core Skylake desktop CPUs. 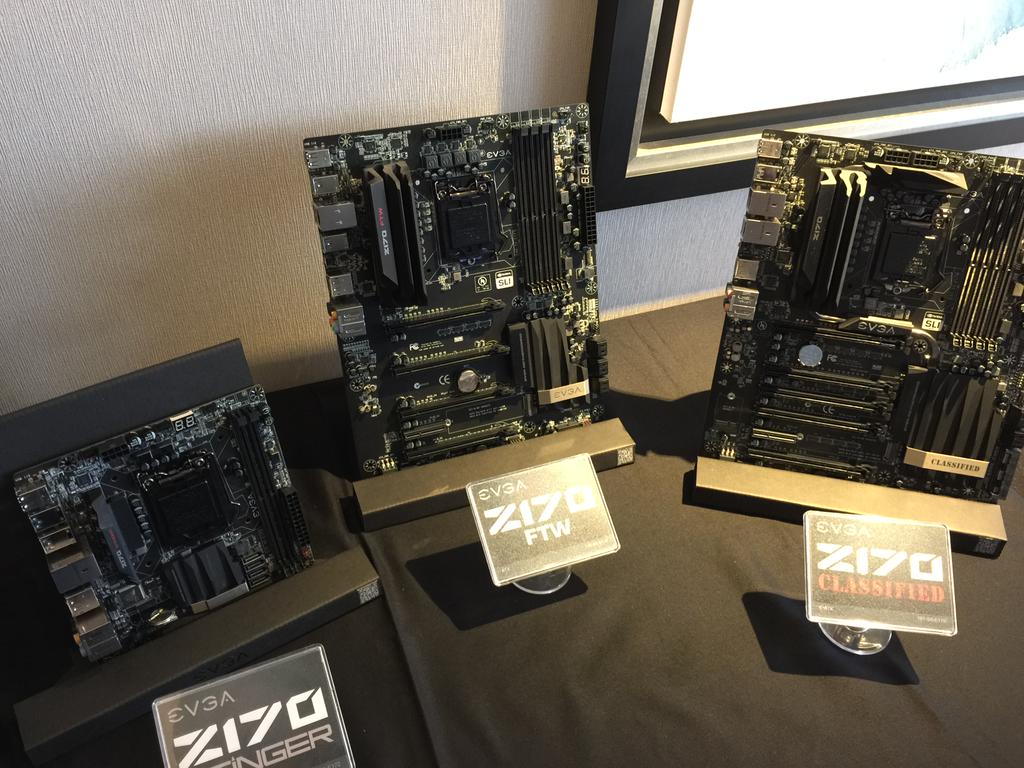 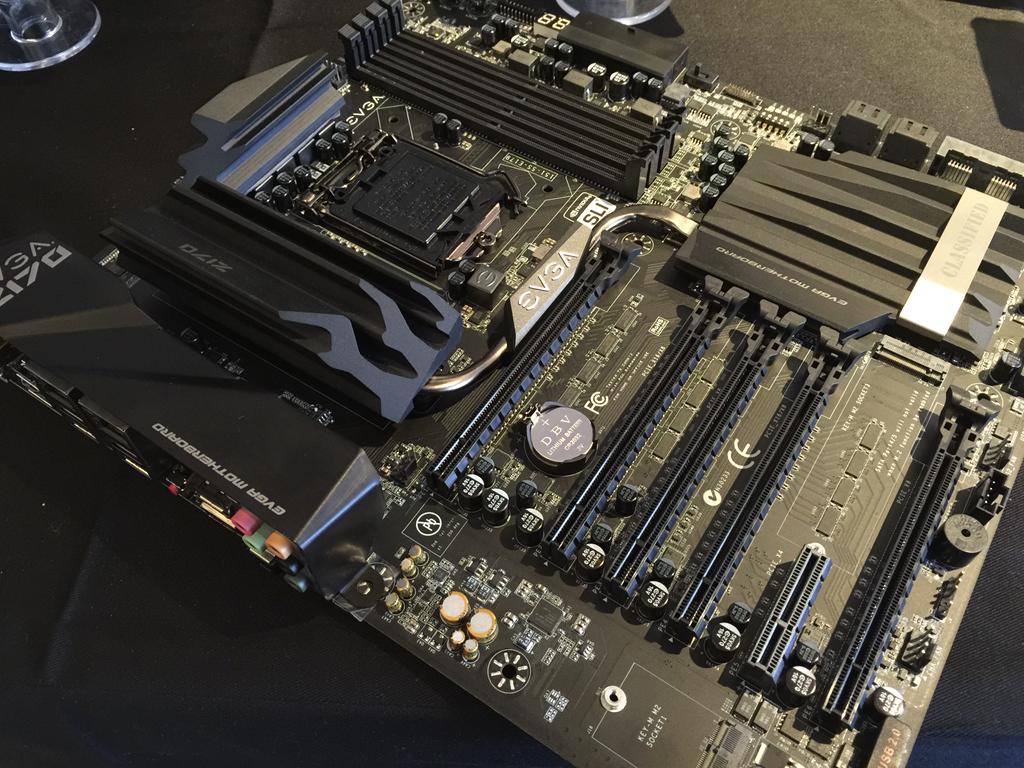 Rate this item
(5 votes)
Tagged under
More in this category: « ASRock integrated Braswell boards listed in Europe ECS walks away from motherboards »
back to top