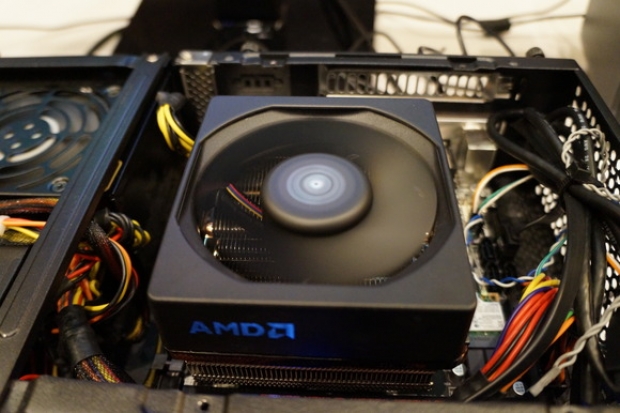 Most stock CPU coolers are junked when the chip is delivered and replaced with something which is a little more sexy and does not sound like a B52 taking off.

Odd really as most people don’t overclock so spending a fortune on an expensive cooler is not that important.

Now AMD has just shown off its Wraith cooler which looks like the days of the dull stock cooler are a thing of the past.

For a start it is a lot bigger and has a much larger fan spinning consistently at a lower speed. This makes it quieter than its predecessor and it does not switch on and off all the time.

Sadly we are not sure which chips will get the Wrath. IT is rated for 125W, and AMD says that high-end FX chips that suck more energy than that were primarily designed for use with water-cooling systems rather than stock coolers.

So the name "wraith" might be because it is rarely seen and only by those who no sane people would believe.

Here it is in action