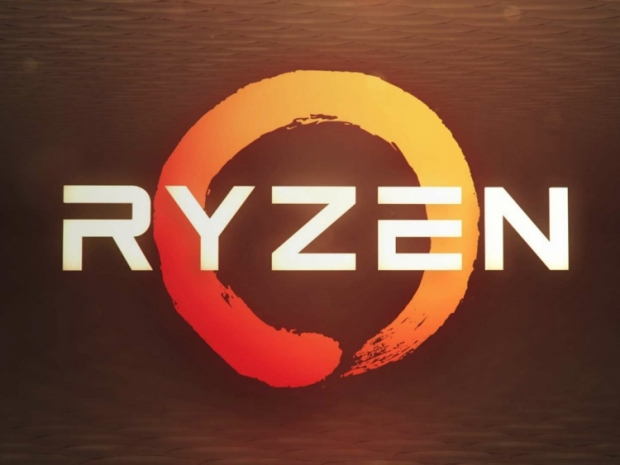 According to details originally published by Computerbase.de, and translated by Techpowerup.com, it appears that AMD simply does not want to pay the SLI tax for every chipset and will limit such multi-GPU support to the high-end chipset, the X370. The X370 will be also the only chipset that will have full 20 PCIe lanes with Ryzen CPU, as well as offer two USB 3.1 gen2 10Gbps ports, six USB 3.0 ports, six USB 2.0 ports and four SATA 6Gbps ports.

AMD's mid-range B350 chipset will have multi-GPU support but will limit it to AMD Crossfire, at least according to what we could see from some listed motherboards. This comes as a surprise considering that earlier AMD slides suggested that the B350 chipset motherboards will only come with a single PCIe slot and will not support multi-GPU configurations. The B350 will also offer overclocking support, just as the X370, and feature two USB 3.1 gen2 10Gbps ports, two USB 3.0, six USB 2.0 ports and two SATA 6Gbps ports.

The low-end AMD A320 chipset will not have support for multi-GPU or overclocking and bring single USB 3.1 gen2 10Gbps port, two USB 3.0, six USB 2.0 and two SATA 6Gbps ports.

Of course, the key differences between those chipsets as well as more details will be known as soon as reviews start coming on March 2nd. 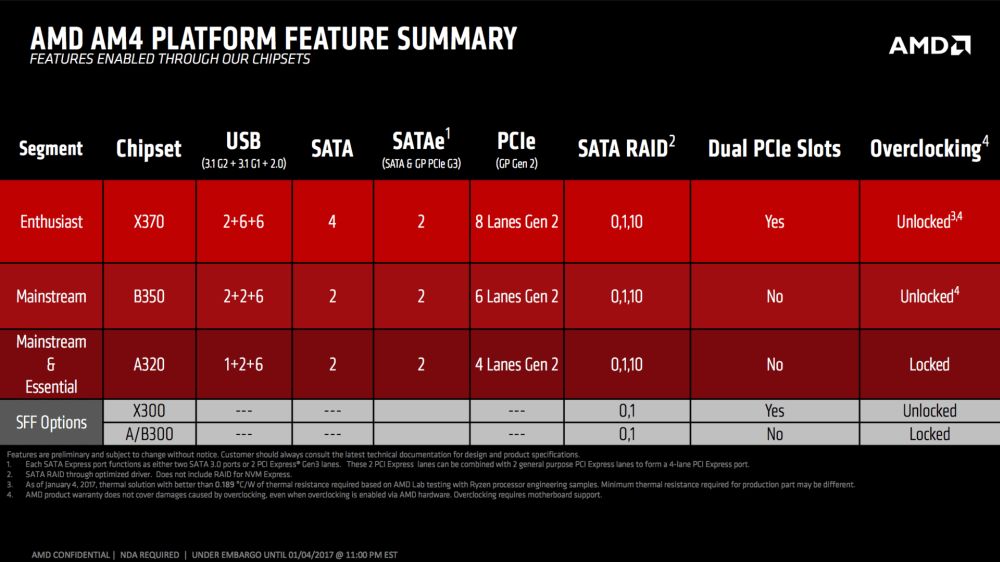 Last modified on 28 February 2017
Rate this item
(0 votes)
Tagged under
More in this category: « Google about to give Raspberry PI a brain Biostar shows first mini-ITX X370 AM4 mobo »
back to top