Gigabyte working on mini-ITX AM4 motherboard 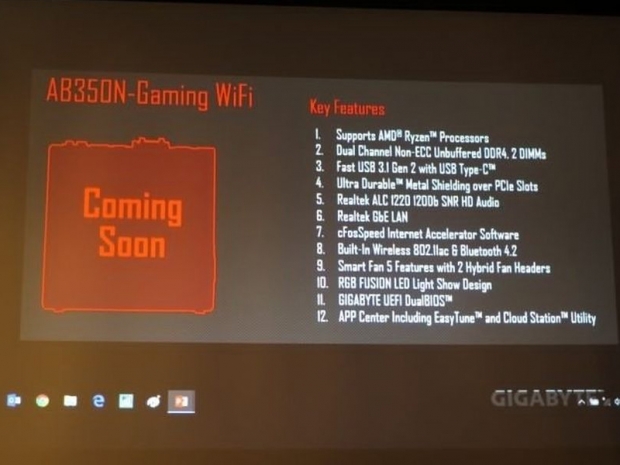 Based on B350 chipset

While there were plenty of mATX and ATX socket AM4 motherboards, the mini-ITX motherboards for Ryzen CPUs have been pretty rare but it appears that this will change as Gigabyte is also working on such a motherboard based on AMD's B350 chipset.

While there is still no picture of the motherboard, a leaked slide suggests that the new Gigabyte AB350N-Gaming WiFi motherboard will be gaming-oriented and have some neat features, like the Ultra Durable Metal Shielding over PCIe slots, integrated 802.11ac WiFi and Bluetooth 4.2 as well as the unavoidable RGB Fusion LED design.

Unfortunately, the same source does not suggest when it will be available but hopefully, Gigabyte will manage to get it ready before April, when AMD's Ryzen 5 six- and quad-core SKUs are scheduled to be available. 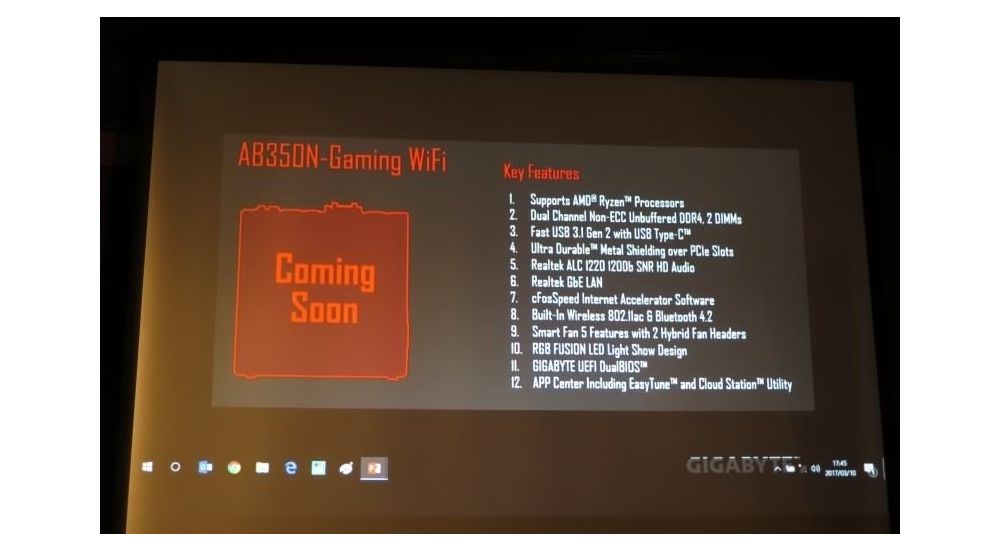 Last modified on 16 March 2017
Rate this item
(0 votes)
Tagged under
More in this category: « Biostar shows first mini-ITX X370 AM4 mobo AMD rumours abound over the weekend »
back to top