VW wants to create its own glorious operating system 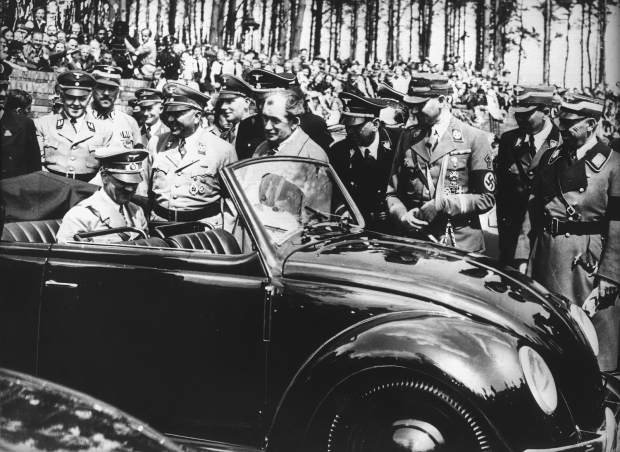 Which will last a thousand years

Adolf Hitler's favourite car company, VW is developing a car operating system which will have Lebensraum across all its vehicles.

VW Group is now consolidating its software all under one new internal group to create a single unified automotive OS will run on everything from a VW Polo to an Audi A8.

Christian Senger, who is responsible for VW Group's Digital Car and Services told Ars Technica that car operating systems had to power infotainment, the chassis, and the powertrain.

Senger said that this has led to some odd critical dependencies in some cars. For instance, some models simply won't run if the infotainment system is broken; the navigation GPS provides the vehicle's master time counter, and without that, the powertrain won't function.

"Whenever we exchange something, we have an impact on everything. What we are now doing with these so-called enabling functions is taking them out of customer functions, putting it in a middleware software layer. And this is what we call an operating system," he explained.

Eventually, that's going to mean a single software stack common across VW Group's vehicles -- everything from the instrument displays and the infotainment to powertrain and chassis management (think traction and stability control or advanced driver assistance systems), plus a common connected car infrastructure and cloud. However, each brand will still get to develop its own UX in the same way that Porsche and Audi can build very different-looking vehicles from the same MLB Evo toolbox.

Senger revealed that VW Group will be using Android for future versions of the MIB infotainment platform, in large part because of the robust third-party app ecosystem with that OS versus Linux. However, it will be a while yet before the full effects of this strategy are felt. Senger says that the as-yet unnamed organisation should be fully staffed -- somewhere between 5,000 to 10,000 employees -- by 2025.

Last modified on 16 September 2019
Rate this item
(3 votes)
Tagged under
More in this category: « VW unveils all electric car Huawei avoids collision »
back to top