NASA asks kids to name the next rover 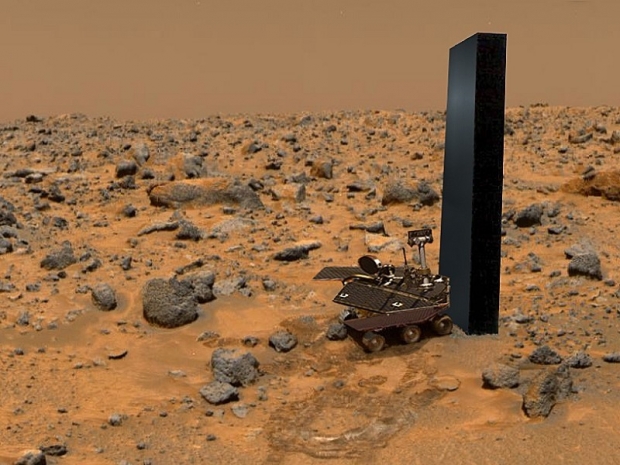 Marsy McMars face it is

NASA will launch a new rover to Mars this July — and 28,000 American schoolchildren wrote essays with suggestions for what NASA should name it.

Fortunately, since they are American kids who have little sense of irony or humour, they have decided NOT to do what British kids would do and name the rover something like Marsy McMars Face.

NASA has now selected the top nine finalists, which they'll let the public vote on through Monday on a special web page where they're also displaying the schoolchildren's essays. "Scientists are tenacious", wrote one student who suggested the name Tenacity. "It is what keeps them thinking and experimenting... When scientists make mistakes they see what they did wrong and then try again. The name could also show the number of tripods Mars could send if we annoy them. "

The new rover will also be carrying the names of 10,932,295 earthlings, etched onto a microchip so the Martians will know who they are.

Bloomberg points out that Mars and Earth are unusually close in July and August, although in the book War of the Worlds that was not considered a good thing.

Another rover will also be launched by the international ExoMars programme (led by the European Space Agency and the Russian Roscosmos State Corporation), while the United Arab Emirates will also try sending an orbiter to Mars, and China will deploy "an orbiter to circle the planet and a rover to land on it".