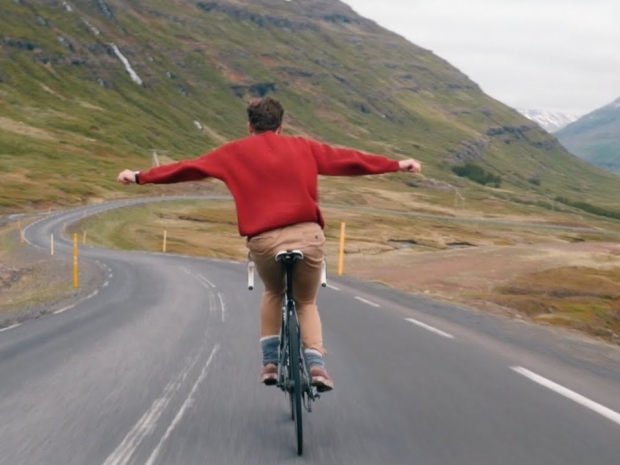 Transport department calls for an investigation

Hands-free driving could be legal on UK roads by spring next year, the government has said.

The Department for Transport (DfT) has issued a call for evidence into automated lane keeping systems (ALKS).

Such technology controls a car's movements and can keep it in lane for extended periods, although drivers need to be ready to take back control. The Society of Motor Manufacturers and Traders claims it could cut accidents.

The technology for a car to steer itself and stay in lane - even around curves - already exists in some modern cars, but the law says that drivers must remain alert and ready to take over instantly.

Tesla's so-called "Autopilot" is one well-known example. It is considered "level two" on the five defined levels of self-driving cars.

The next step - level three - would not need the driver's attention at all times, and in theory, the driver could do other things such as check email or even watch a movie - until the car prompts them to take over again.

Introducing those systems would require changes to current legal framework, something the DfT says it is now considering.

ALKS technology has been approved by the United Nations Economic Commission for Europe (UNECE), of which the UK is a member.

It set rules to allow the system in motorway traffic jams, at speeds of up to 37mph (60 km/h).

But the technology could be given the go ahead for speeds of up to 70mph in the UK, according to the DfT, potentially making long stretches of tedious motorway driving a thing of the past.

The UK government wants to hear from voices within the motoring industry to decide how to safely implement the technology, with the consultation closing on 27 October.

The call for evidence will also look at whether ALKS-enabled cars should be classed as automated, meaning the technology provider rather than the driver would be responsible for safety while the system is engaged.

Transport Minister Rachel Maclean said: "Automated technology could make driving safer, smoother and easier for motorists, and the UK should be the first country to see these benefits, attracting manufacturers to develop and test new technologies."