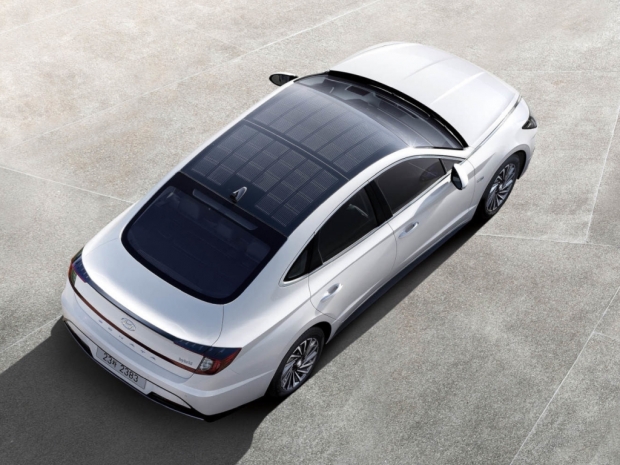 Hyundai has extended the range of its latest electric car by sticking solar panels on the roof.

The Ioniq 5 electric car has a non-standard feature to have solar panels which cover most of the top of the car.

It is impossible to fully recharge the 58 kWh standard range or 72.6 kWh long-range battery inside the Ioniq 5, but it will act as a complementary charging source that can help extend range.

Hyundai says that the solar panels can add up to 2,000km per year (around 5-6km per day) of additional range if it's driven in sunny environments such as Spain or the south of France.

It can also charge other electric vehicles. If its battery level is above 15 percent, you can plug the new Hyundai into another electric car to charge it.

Once the Ioniq 5's battery depletes to 15 percent, it will automatically stop charging the other vehicle, so it can preserve a little bit of range for itself.

The charging speed is just 3.6kW, so it's going to top up another car very slowly. But it may well come in useful in places where destination chargers are not as easy to come by – assuming the Ioniq 5 has enough charge left to get itself to a plug.

Last modified on 23 February 2021
Rate this item
(4 votes)
Tagged under
More in this category: « Japanese car makers not too worried about chip shortage Hyundai bought chips when others did not »
back to top