Tesla autopilot can be fooled into taking control 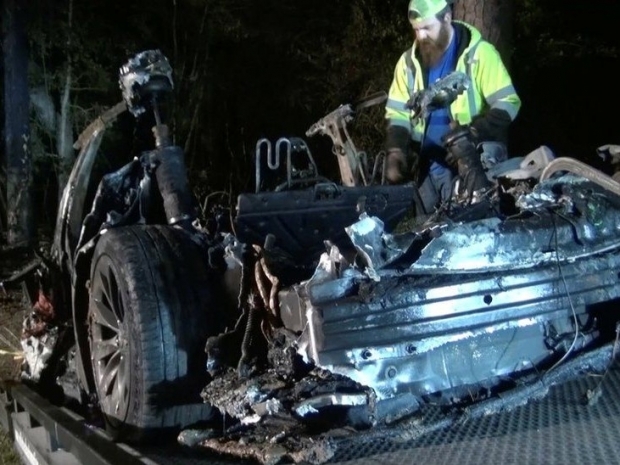 It is a myth that Tesla's Autopilot does not work when there is no one behind the steering wheel, according to Consumer Reports.

For those who came in late, two men died when a Tesla Model S crashed into a tree in a residential area. Authorities said they found no one in the driver's seat -- one man was in the front passenger seat, while the other was in the back.

There was speculation that the car might have been under the control of Tesla's Autopilot driver-assistance system at the time of the crash but Elon Musk surprised cops by tweeting that data logs recovered so far show Autopilot was not enabled.

Tesla defenders also insisted that Autopilot couldn't have been active because the technology doesn't operate unless someone is in the driver's seat.

However, Consumer Reports tested this last claim to see if it could get Autopilot to activate without anyone in the driver's seat. It turned out not to be very difficult.

From there, he could reach over and increase the speed using the speed dial. Autopilot won't function unless the driver's seatbelt is buckled, but it was also easy to defeat this check by threading the seatbelt behind the driver.

"In our evaluation, the system not only failed to make sure the driver was paying attention, but it also couldn't tell if there was a driver there at all", Fisher wrote in a post on the Consumer Reports website.