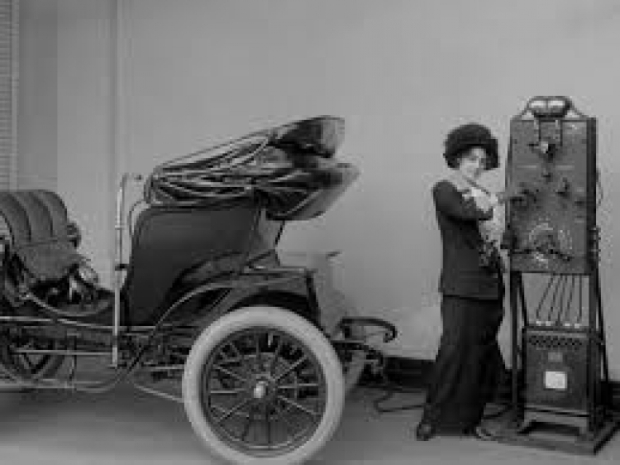 The electric vehicle (EV) market is soaring, with 130,000 cars sold globally each week, roughly equivalent to sales for the entire year in 2012.

Sales of EVs more than doubled in 2021, even with supply chain snarls and pandemic-related shrinking of demand for gas-powered cars.

New data, from the intergovernmental International Energy Agency (IEA), revealed that 6.6 million electric cars were sold last year -- twice the number of 2020 -- making up 9 per cent of the global car market. IEA says the growth is "particularly impressive" over the last three years.

The number has about tripled from 201 when 2.2 million electric cars were sold.

According to the IEA "there are now around 16 million electric cars on the road worldwide, consuming roughly 30 terawatt-hours (TWh) of electricity per year, the equivalent of all the electricity generated in Ireland."

More than half of electric cars are being sold in China (3.4 million), but the market is steadily growing in Europe and the United States.

Tesla is still the strongest player, accounting for more than half of all electric car sales. A "generous" tax-credit system for EVs in the US may be influencing new car buyers.

In Europe, 2.3 million electric cars were sold in 2021, about half of which were plug-in hybrids, against a backdrop of tightened carbon emissions standards and more subsidies being rolled out by countries in the bloc.

Germany made up the largest share of the European market last year where more than one in three cars sold was an electric model.

Following the US Senate's allocating of $52 billion to boost domestic semiconductor production, the European Union is aiming to make a similar investment.

Under EU laws, funding is chiefly already committed to projects until 2027. Nonetheless, according to Bloomberg, EU internal market commissioner Thierry Breton, has said that the plans will be "commensurate" with the US. At the same time, Commission President Ursula von der Leyen said the total investment would be $48 billion.

Last modified on 08 February 2022
Rate this item
(1 Vote)
Tagged under
More in this category: « Xilinx starts 8-megapixel automotive camera era Nasa’s own space launch system is not viable »
back to top