Xbox One S is gain with no pain 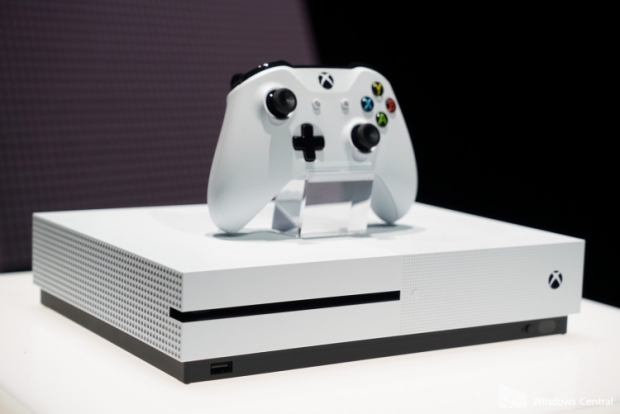 Beancounters at IHS claim that the new Xbox One S delivers for consumers in terms of improved performance and features for very little extra cost.

IHS said that the combined hardware and manufacturing cost of the new Xbox One S game console from Microsoft amounts to US$324 which is US$24 more than the most recent Xbox One teardown.

This is mostly due to upgrades in the fabrication of its central processing unit (CPU), the inclusion of a two terabyte (2TB) hard drive and an ultra-high-definition (UHD) BD-ROM player in place of the previous conventional Blu-ray drive.

Kevin Keller, IHS's  senior principal analyst for IHS said: "the new Xbox One S represents a natural evolution in the product line, incorporating technical advancements that have become available since the previous design," said . "It provides the improved performance, smaller form factor and enhanced features that gamers expect and demand."

The manufacturer's suggested retail price is US$399 for the 2TB model, which is US$75 more than its bill of materials and manufacturing costs. A lower-priced version, sporting a lower-density hard disc drive (HDD), is also available for US$299.

"It is typical in consumer electronics to adopt a 'give away the razor, sell the blade model' when a product is initially introduced - particularly in the gaming sector - given that buyers are also expected to purchase new games to play on the devices," Keller said. "Even in this case, while not completely upside-down, margins are still slim once you consider all of the downstream value-add."

Instead of releasing a direct equivalent to the upcoming Sony PlayStation 4 Neo, Microsoft is attempting to regain the market initiative with an improved form factor, including the new UHD Blu-ray drive, small improvements to its processing capability and HDMI interface to enable 4K video support, upscaling of 4K games content and support for HDR. Microsoft will then follow this with its more powerful Project Scorpio console at the end of 2017, the company said

Microsoft now has the first mainstream games console on the market that supports both UHD Blu-ray and 4K output for streamed and disc-based video. Plus, the company is shifting all manufacture of Xbox One over to the new Xbox One S model, so it will benefit more rapidly from yield improvements and a reduction in material costs, compared to Sony with its more niche PlayStation 4 Neo offering.

Piers Harding-Rolls, director of games for IHS said that the Xbox One S was a solid strategic move by Microsoft in the commercial context:

"For such a small increase in bill-of-materials cost, the new Xbox One S offers a significantly more attractive proposition to the consumer and that positions it more strongly against the PS4."

The new CPU device in the Xbox One S, supplied by AMD is now fabricated by TSMC using a 16nm FinFET process, rather than the previous standard of 28nm technology, IHS disclosed. While this process resulted in a "die shrink" at this early stage it's typical to have a lower yield rate, which has been built into the estimate of US$99 versus the previous device cost of US$76," Keller said.

The hard drive in IHS' previous teardown analysis was 1TB, which was assessed at US$32. The configuration for the new Xbox One S analyzed by IHS included a 2TB drive, with an estimated cost of US$55. In total, Microsoft offers three hard-drive configurations at various prices: in addition to the 2TB drive in this teardown, there is also a version with a 500 gigabyte (GB) drive selling for US$299 and a 1TB drive version selling for US$349. The new console also includes a UHD BD-ROM player, with a BOM cost of US$33.50, versus the previous US$18 conventional Blu-Ray drive.

In addition to those cost-additive factors in the console components, there were several developments that brought some of that cost back down and offset some of that increase, IHS indicated. For example, due to deceased power consumption of the new CPU, a reduction in heatsink and fan cooling requirements was realized, resulting in a smaller and less expensive cooling solution. Incidentally, this also helped reduce the overall size of the product.

Decreased power requirements also resulted in a smaller power supply, which not only dropped the cost, but also allowed a smaller module to be installed inside the enclosure. In fact, the Xbox One S no longer requires an external "brick" power supply, for this very reason. The enclosure requirements of the external supply were also eliminated, further reducing costs from US$21 to US$14.

Last modified on 11 August 2016
Rate this item
(5 votes)
Tagged under
More in this category: « Nvidia releases new games giveaway bundles The Witcher 3: Wild Hunt - GOTY Edition gets a release date »
back to top