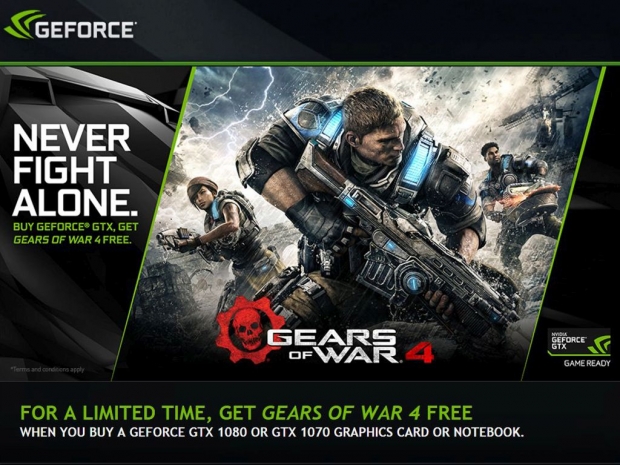 Nvidia has unveiled its latest and newest Geforce GTX bundle which includes Gears of War 4 game that launches on October 11th to those that buy select Geforce GTX 1080 and GTX 1070 graphics cards as well as systems and notebooks with those GPUs.

According to what we could gather from Nvidia's official bundle page, the  Gears of War Geforce GTX Game Ready bundle is open to most the countries and runs from September 20th to October 30th, or until Nvidia runs out of free download codes, and is, as always, limited to select retailers/e-tailers. 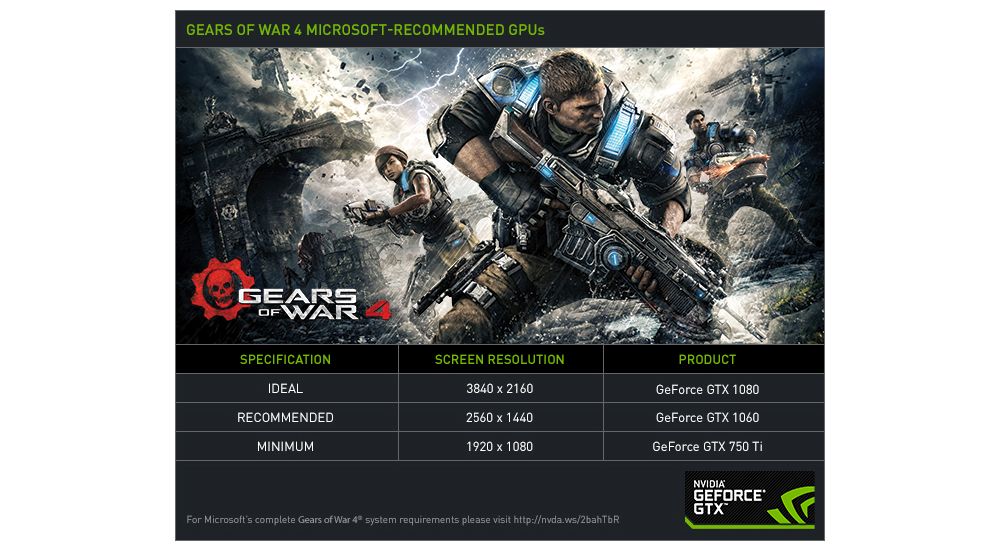 According to Nvidia, for an "ideal" 4K (2160p) Gears of War experience, Microsoft actually recommends the Geforce GTX 1080 and you can check out the video of 4K gameplay on GTX 1080 below.

As noted earlier, the PC version of the game will have plenty of graphics settings including anti-aliasing, ambient occlusion, level of detail, various effects, lighting, shadows and textures settings. Of course, Nvidia recommends Geforce Experience software which will tweak those with a single click, giving a balance between performance and image quality.

In case you are shopping for a GTX 1080 or GTX 1070, be sure to check out the Gears of War Nvidia Geforce GTX Game Ready bundle page and in case you missed it earlier, Gears of War 4 will launch on October 11th on both PC and Xbox One. 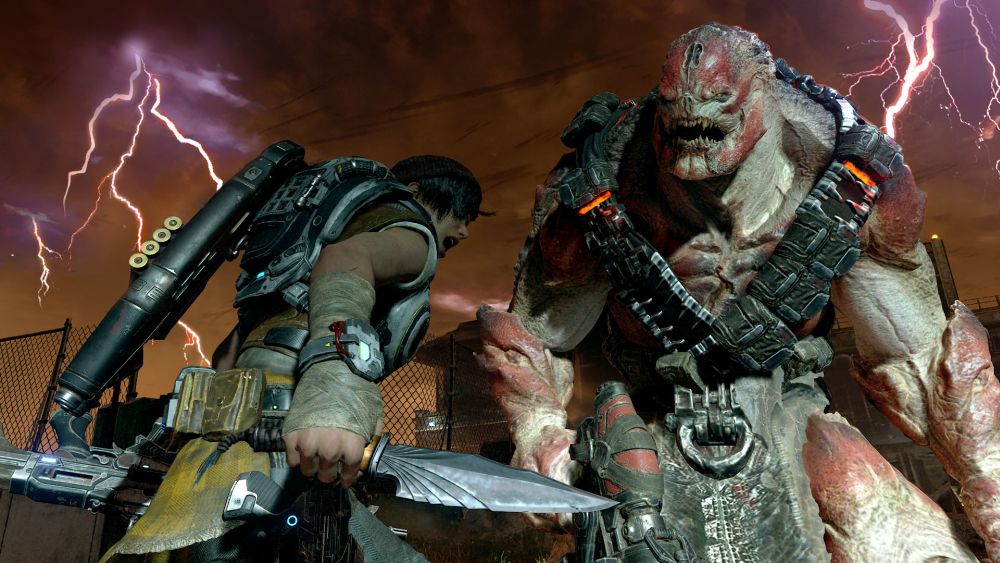 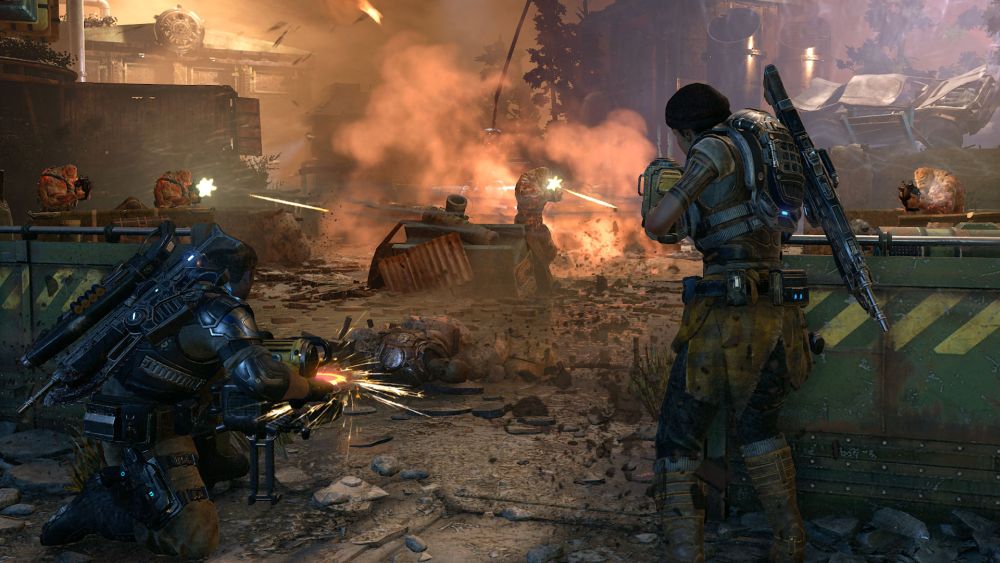 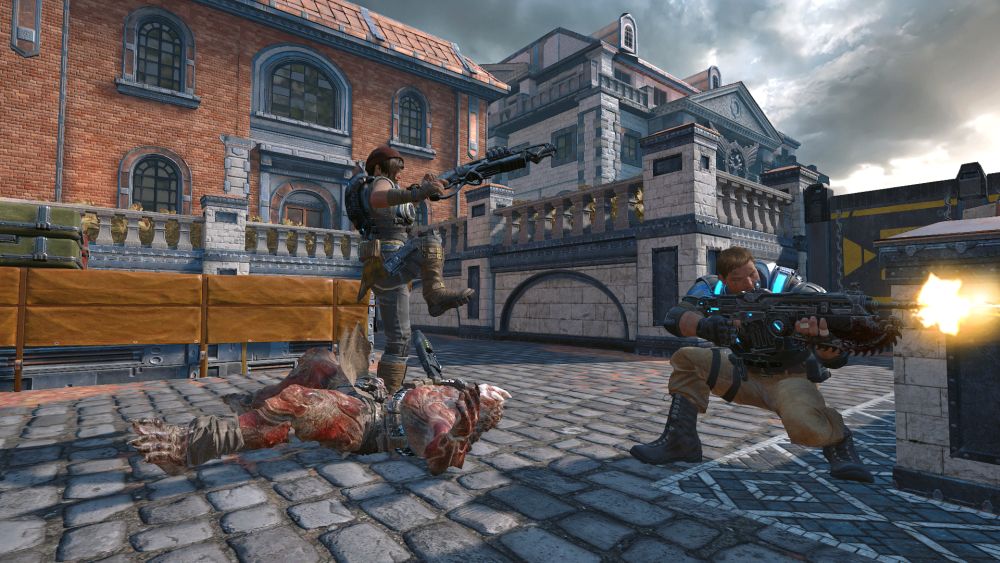