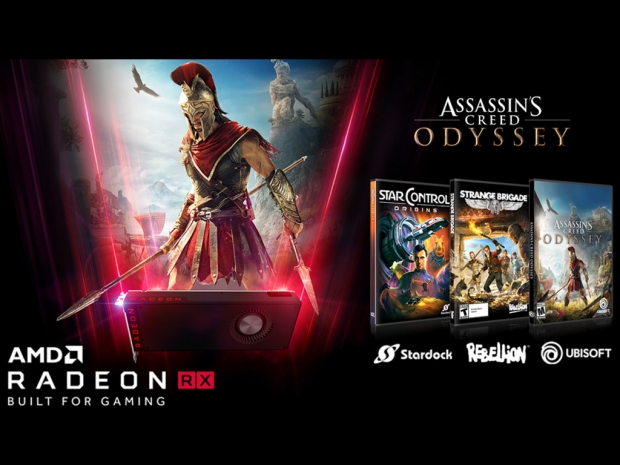 It has been a while since we saw a game bundle from any graphics card maker, but AMD has now broken the ice by announcing its new Raise the Game bundle which offers free copies of Control Origins, Strange Brigade and Assassin's Creed Odyssey with the purchase of an RX Vega, an RX 580 or an RX 570 graphics card.

The latest bundle is obviously the result of the AMD partnership announced back at the E3 2018 show in June, as two of the developers have their games in this bundle. In case you missed it, AMD teamed up with Ubisoft, Rebellion, and Capcom, so it is no surprise that Strange Brigade and Assassin's Creed Odyssey are on the list.

Ubisoft is also working with AMD on its upcoming Tom Clancy's The Divison 2 game so we wouldn't be surprised if this one will be a part of some future game bundle, as the game is scheduled to launch on March 15, 2019.

These games will be available with a purchase of the Radeon RX Vega series, the Radeon RX 580 or the Radeon RX 570, and is available in most markets (excluding China, Cuba, North Korea, Syria, Sudan and Iran), and limited to participating retailers/e-tailers, so make sure to check out AMD's bundle site before buying any of these graphics cards.

You can check out all the participating retailers/e-tailers for the select region over at the AMDrewards page. 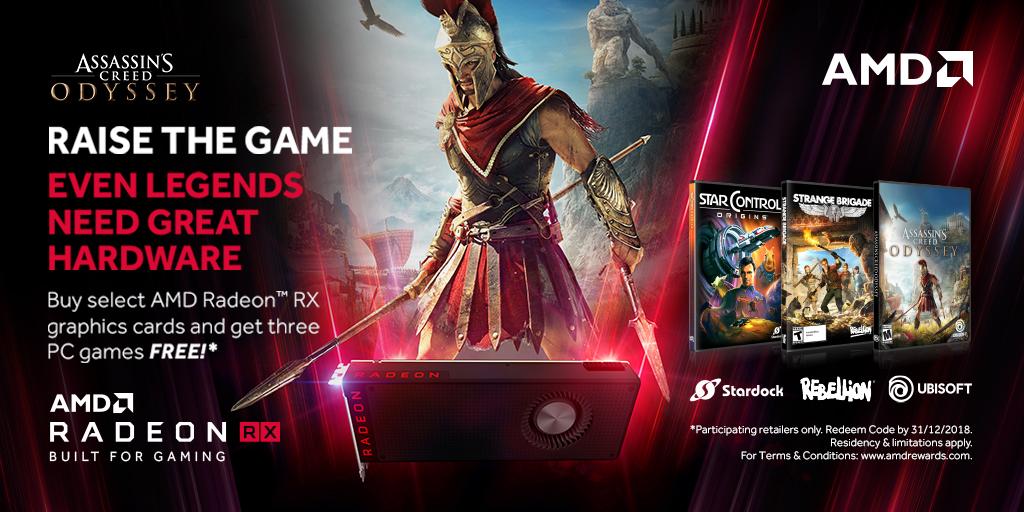