Google Stadia to get 11 new games, free PUBG for Pro 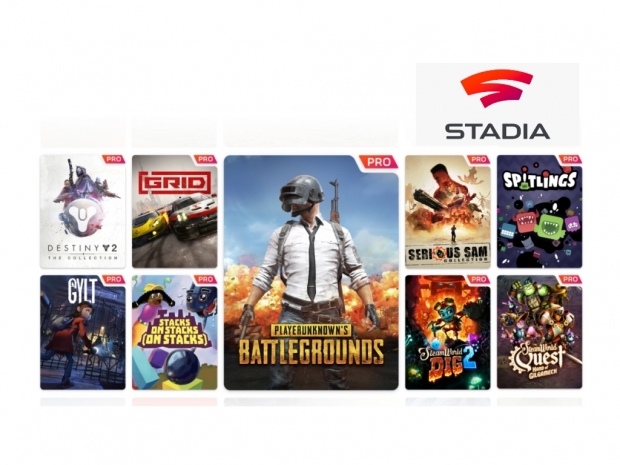 Google held its latest Stadia Connect Event where it announced updates for the platform, including 11 new games, a free Pioneer Edition of PUBG for Stadia Pro subscribers, as well as a partnership with EA Games.

According to details provided by Google during the stream, there will be a total of 11 new games that will be coming to Google's Stadia streaming service, and this includes some big names from EA Games, which is a result of a new partnership.

"Cloud is opening up exciting new possibilities for play," said Andrew Wilson, CEO of Electronic Arts. "In partnering with Google Stadia, we have an opportunity to deliver some creative and innovative game experiences on an exciting new platform."

"We're thrilled to see some of Electronic Arts' biggest hits come to the Stadia. I can't wait to play EA SPORTS FIFA, Madden NFL, and Star Wars Jedi: Fallen Order on my favorite screens instantly with the simple click of a button," said Phil Harrison, GM and VP at Google.

The list of EA Games starts with Star Wars Jedi: Fallen Order which will be coming this fall, Madden NFL and FIFA, both coming this winter. The fourth EA title is still unknown, but we are sure both Google and EA Games will update the information soon.

In addition to EA Games, Google has also announced that Crayta will be coming to Stadia, and it will be free for Stadia Pro subscribers. Crayta is Unit 2 Games ltd. game, built on Unreal Engine 4, and described as a game that "brings together all ages, abilities and backgrounds to create multiplayer games and share them with their families, friends and the rest of the world".

The list of new games also include Get Packed, which will sell for $19.99 and should be available as of today; Wave Break, arcade skateboarding game set in '80s; Embr, coming on May 21st; Zombie Army 4: Dead War; The Turing Test; SteamWorld Heist, coming on May 1st and more.

In addition to new titles that will be coming soon, Stadia Pro subscribers will  get Pioneer Edition of PUBG for free, while others will have to pay $39.99.

Google is working hard to put Stadia on the map and has even opened up the free tier to anyone that signs up at Stadia.com, as a way to help people cope with COVID-19 pandemic.

Bear in mind, that Stadia is still limited to just over a dozen countries, including Belgium, Canada, Denmark, Finland, France, Germany, Ireland, Italy, Netherlands, Norway, Spain, Sweden, the United Kingdom, and the United States. You can sign up for two free months of Stadia Pro, which will give you access to nine games including GRID and Destiny 2: The Collection.

After those two free months, you'll drop down to Stadia free tier, which is limited to 1080p/60fps streaming and stereo sound. Stadia Pro has 4K/60fps with HDR and 5.1 surround sound, as well as periodic free games, and discounts, all for $9.99 a month.

You can check out more details over at Stadia.com.

Last modified on 29 April 2020
Rate this item
(1 Vote)
Tagged under
More in this category: « Death Stranding for PC gets delayed Assassin's Creed goes the full Viking »
back to top