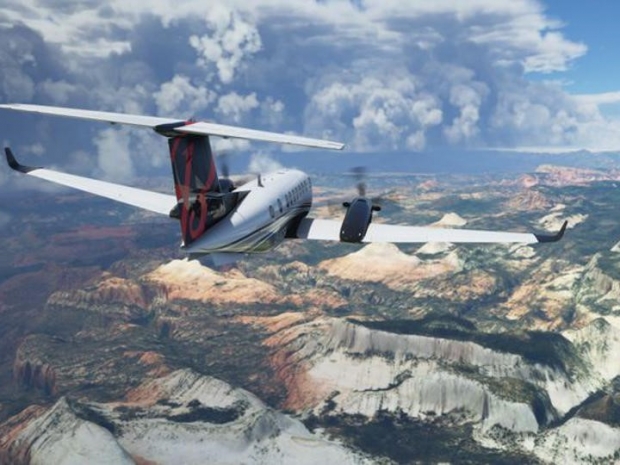 Microsoft has not released a flight simulator for 14 years and many thought Vole had given up on the idea completely. However, last years's announcement that it had come up with a new way of creating a flight sim which looked good and was super accurate got pundits excited again.

Pricing starts at $59.99 for the standard version of Flight Simulator on both the Microsoft Store and Steam. If you want access to more planes and hand-crafted airports, you will need to buy either the $89.99 deluxe version or, for even more of those, the $119.99 premium version.

With the base version you can still land at the same 36,000 airports as the others, and there are more than enough planes to keep you occupied — you’ll just miss out on a few extras. If you want to test it out you can use Vole's Xbox Game Pass for a month.  The first month only costs a dollar.

The reviewers are all impressed by the better scenery, which includes a mix of cities reconstructed in every detail thanks to the photogrammetry data in Bing Maps and those Microsoft partner Blackshark.ai reconstructed from the 2D maps.

All this makes the cities come alive.

Flight Simulator features the best clouds you’ve ever seen in a game. Rain clouds in the distance look just like in real life. Wind acts realistically on your plane. If you fly in winter, snow covers the ground — and you can play around with all of those settings in real time without having to reload the game with every change.

There is some oddness. Because the world is full sized, Vole and its partner Asobo used machine learning instead of placing every object by hand,  This sometimes means you’ll find bridges that look more like dams, roads that go under water and a few misplaced buildings and trees — there are so many trees where they don’t belong.

Last modified on 19 August 2020
Rate this item
(1 Vote)
Tagged under
More in this category: « No more female heroes any more Microsoft spills the beans on Xbox GPU »
back to top