The same set of slides revealed some fresh information regarding the specifications of both Barts and Cayman GPUs. The new specs reveal the difference between the XT and Pro models for both GPUs. The new detail is that Cayman XT will use 6Gbps GDDR5 chips, something that will surely bring a significant performance boost.

Barts XT and Pro will both feature 1GB of GDDR5 5Gbps memory, but will have a different max TDP. The new info is that Barts Pro will actually need a single 6-pin PCI-E connector and will have a TDP of below 150W while the XT version will need two of them and will end up with a TDP of over 150W.

You can find all slides here. 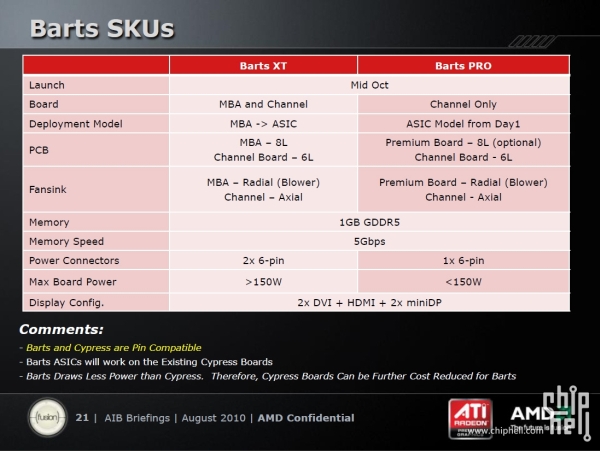 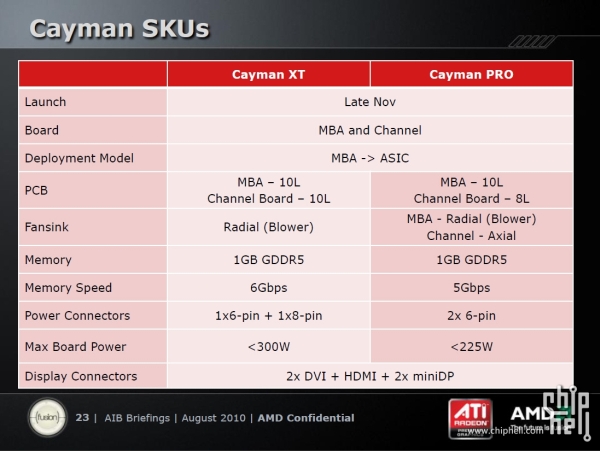