As noted, Sparkle's own GTX 580 V-GO features all the same outputs so you are looking at two DVI and one HDMI port. It also uses the reference cooler as this one does a pretty good job since it is based on Vapor Chamber technology. The rest of the specs are the same as on reference cards so you get 512 CUDA cores, GPU working at 772MHz, shaders clocked at 1544MHz and 1536MB of GDDR5 memory clocked at 4008MHz and paired up with a 384-bit memory interface.

Unfortunately, Sparkle didn't announce the price tag or the availability date, but it might end up to be a little bit cheaper than the reference card. 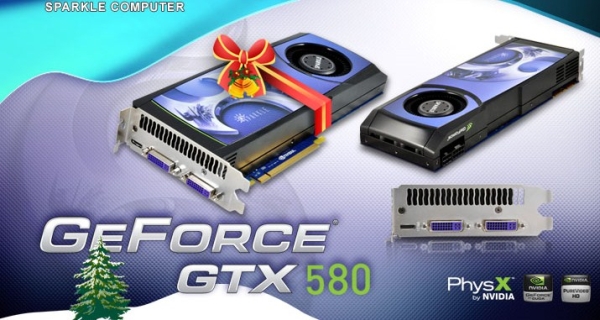 Last modified on 16 December 2010
Rate this item
(9 votes)
Tagged under
More in this category: « Asus rolls out its own Caymans Nvidia claims 200 Sandy Bridge design wins »
back to top