It all comes down to price

The long wait is finally over and Nvidia has finally lifted the NDA veil off its crown jewel, the dual-GPU GTX 590 card. In case you haven't been reading any news post recently, the GTX 590 is Nvidia's dual-GPU card based on two GF110 GPUs placed on a single PCB. The reviews have gone live, benchmarks are posted and we can now relax and take a look on how good, or bad the GTX 590 really is.

As noted, the Nvidia Geforce GTX 590 features two fully enabled GF110 GPUs packed on a single PCB and this sums up to a total of 1024 CUDA cores, or simply 512 per each GPU. The rest of the specs include 2x48 ROPs, 3GB of GDDR5 memory (2x1536MB) paired up with a dual 384-bit memory interface. Due to plain power limitations the card doesn't share the clocks the single GPU GF110 based GTX 580 as it was brought down to 607MHz for the GPU, 1214MHz for shaders and 3420MHz for those 3GB of memory.

The performance of the GTX 590 is pretty much on par with AMD's Radeon HD 6990, which is clearly something that Nvidia can't be proud of, as the Radeon HD 6990 showed up a bit earlier and we might even see a price drop coming from the red camp pretty soon. Of course, you can always say that one is faster than the other, but we are still talking about just a few FPS and those advantages are game dependant, as one wins in some games while other takes the lead in others.

The noise, temperatures and power consumption are just one of the key factors here. We are still talking about enthusiast class products, and most of the customers that usually go for such a card, simply aren't interested in power consumption, noise or even temperatures. Nevertheless, the noise is pretty much the same on both cards. Exception is the "full load/Furmark" where both cards are pushed to its limits and the fan kicks into highest possible gear, and where Nvidia's choice of big fan probably makes a difference.

The temps are pretty much the same as well, and both cards tend to stay below 90C or to be precise somewhere around 45C in idle and around 86C to 90C when pushed under load. Of course, this is very dependable on the test system configuration or simply how well cooled is your case and some other factors as well.

The power consumption issue is a bit complicated as both cards have a way of limiting the maximum power consumption. Nvidia's OCP does a pretty good job at it but AMD's Radeon cards were always better in idle consumption. The story goes its way with these two cards as well, as the GTX 590 uses over 10W more than the HD 6990 in idle and around 10W when you compare them in games. Under full load, Nvidia's card tends to take up to 356W while AMD is keeping its own at around 301W (these are taken from TechPowerup.com review).

So, since the cards are pretty much on par, it all comes down to the price. Despite the fact that some retailers/e-tailers will try to score more money on this card thanks to the hype, the suggested price that came from Nvidia is set at US $699/€649. It all makes sense if you take a look at Newegg.com site that sells the HD 6990 for US $709.99 but since the price of it should be US $699 we'll hold our Newegg.com judgment for later. Luckly, TigerDirect.com has both cards and is listing the GTX 590 for US $729.99 while the cheapest HD 6990 is selling for US $709.99.

Most reviewers agree on the same thing, and just by looking at these prices in Europe we must say that HD 6990 looks like a better option. We might see more of those price wars pretty soon.

Here are some of the reviews that have gone live. 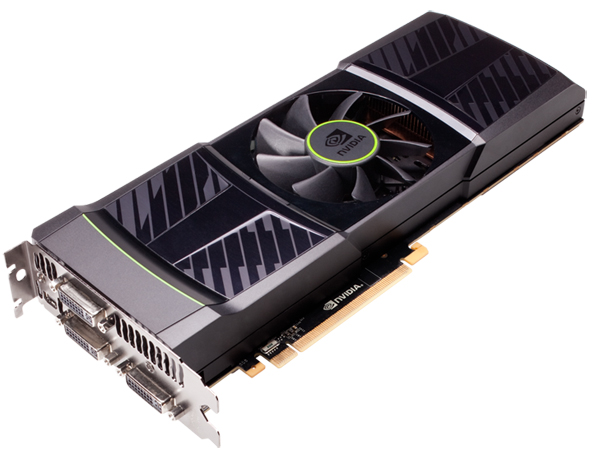 Last modified on 24 March 2011
Rate this item
(46 votes)
Tagged under
More in this category: « Club3D rolls out yet another CoolStream card Asus rolls out its own GTX 590 »
back to top