Powercolor is preparing a rather interesting card that will be officially unveiled at this year's Computex show in Taipei, a dual-GPU card based on two Barts GPUs.

Although the details regarding the card are still unknown as Powercolor is keeping all the juicy details for Computex, it appears that the card will be based on Barts XT GPUs. This means that it will feature a total of 2240 stream processors, or 1120 per GPU, and a dual 256-bit memory interface. The card will end up with 2GB of memory and will use a special, or simply custom cooling solution designed for such a card.

Bear in mind that this one doesn't come from AMD and this is purely in-house Powercolor design, but some other partners might also be working on similar cards. The name is still unknown. The card features two DVI, two mini DisplayPort 1.2 and one HDMI 1.4 display output. 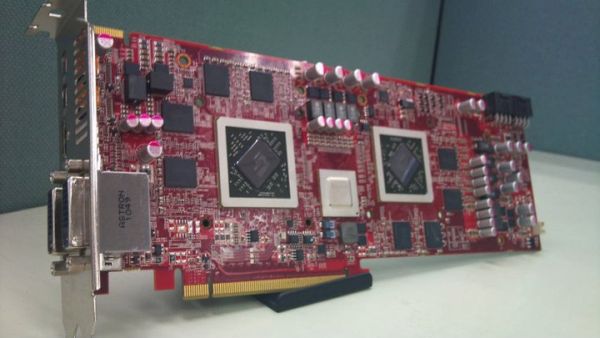