Following Powercolor and Vertex3D, both of which are brands of TUL Corporation, Club3D has also joined in on the fun to release the same dual-GPU HD 6870 X2 card.

Featuring the same 2240 stream processors, GPU clock of 900MHz, dual 256-bit memory interface and 2GB of GDDR5 memory clocked at 4200MHz. The cooler is also identical to the one from Powercolor and you are looking at dual slot cooler with two fans and five copper heatpipes. The card has two DVI, HDMI and two mini Displayport 1.2 outputs.

The card should be avialable sometimes in the first week of July with a price tag set at US $469. 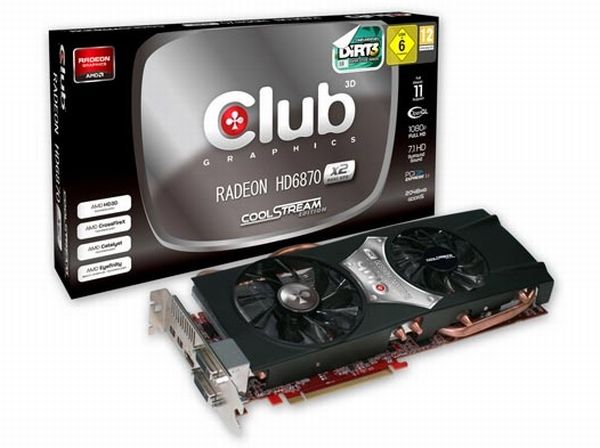 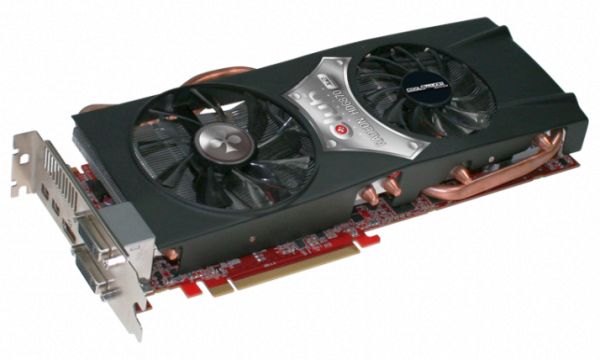 Last modified on 24 June 2011
Rate this item
(3 votes)
Tagged under
More in this category: « Powercolor officially rolls out dual HD 6870 X2 Nvidia shows off GTX 580M in SLI »
back to top