HIS has officially rolled out its new HD 6970 IceQ Mix graphics card that was previously introduced back during Computex. Packing AMD's Cayman GPU, the new HD 6970 IceQ Mix also comes with LucidLogix chip that enables it to work with all other GPUs including Nvidia ones.

The spec list includes 1536 stream processors, a GPU clocked at 880MHz and 2GB of GDDR5 memory clocked at 5500MHz and paired up with a 256-bit memory interface. It features two DVI, HDMI and two mini DisplayPort outputs.

The card uses HIS' well known IceQ dual-slot cooler with four heatpipes and a special blower fan that should provide up to 23 degrees C lower temperatures when compared to a reference cooled card. 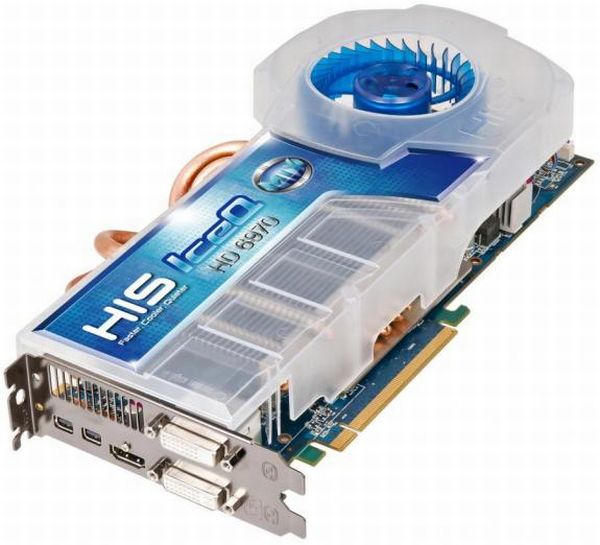