Powercolor has launched a new graphics card that will be a part of its Go! Green lineup, the HD 7750 Go! Green. As a part of Go! Green series, the new HD 7750 uses a completely passive cooling system and needs no extra PCI-Express power connectors.

The HD 7750 cards are based on AMD's Cape Verde GPU with a total of 512 stream processors. Since Powercolor HD 7750 Go! Green is passively cooled it is no wonder that we are looking at a reference clocked card set to work at 800MHz for the GPU and 1125MHz (4.5GHz effective) for 1GB of GDDR5 memory paired up with a 128-bit memory interface.

Due to the shere size of the heatsink, the new HD 7750 Go! Green takes up at least two full slots and features DVI, HDMI and DisplayPort outputs.

Unfortunately, the price or the actual availability date haven't been announced. 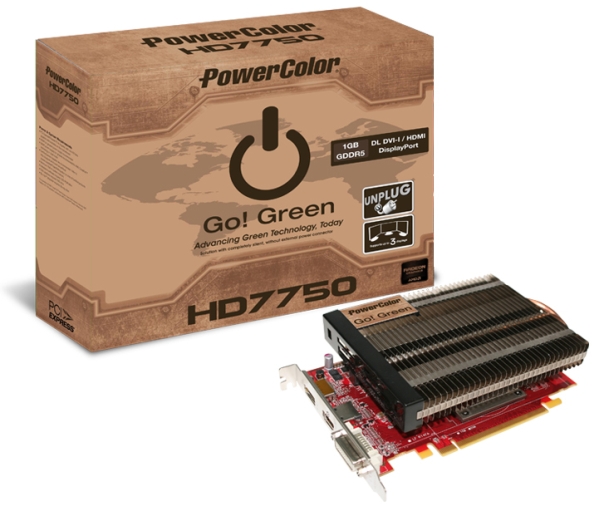 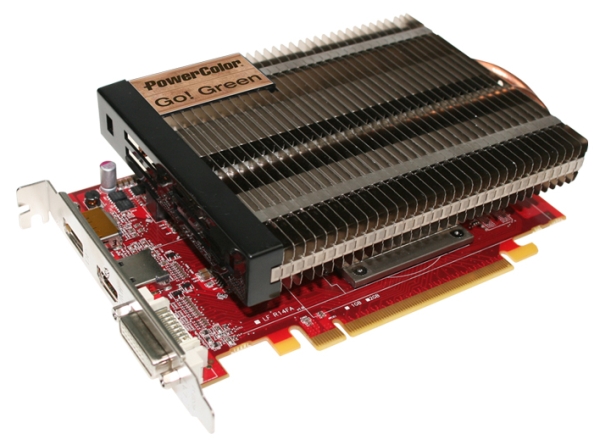