Unfortunately, the new GT 630 Zone Edition graphics card is neither low-profile nor a single slot graphics card, so it will not appeal to slim HTPC users. It features a rather hefty heatsink that, as noted, takes up two slots and even extends slightly over the top and to the back of the PCB.

The GT 640 Zone Edition is, on the other hand, based on the 28nm GK107 GPU. It works at 900MHz for the GPU, has 384 CUDA cores and features 2GB of DDR3 memory clocked at 1782MHz and paired up with 128-bit memory interface. Again, it is paired up with a rather hefty dual-slot heatsink that extends over and to the back of the PCB and features with three copper heatpipes. It is not only a full sized PCB but takes even more space due to the size of the heatsink, despite the shortness of the GT 640 PCB. 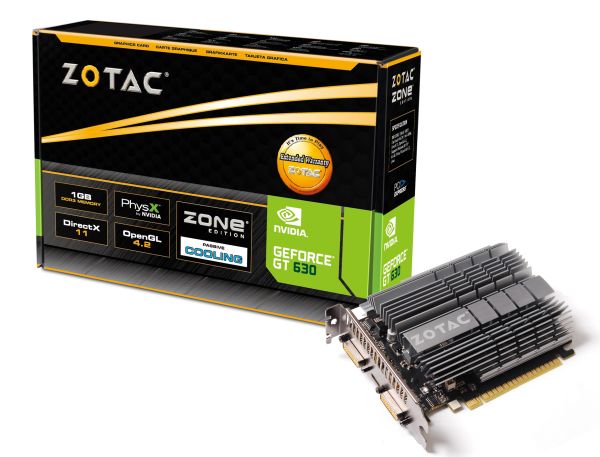 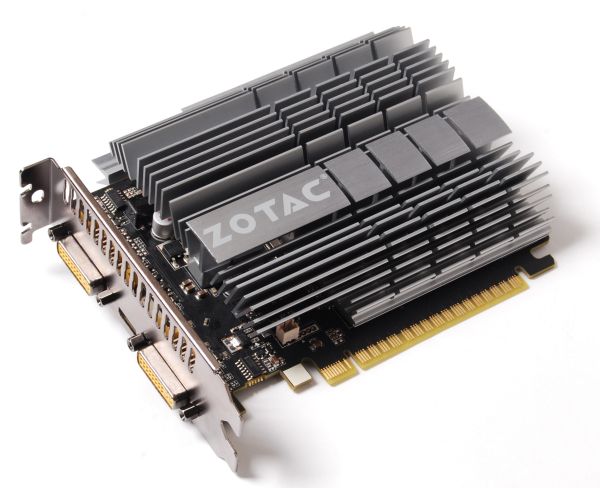 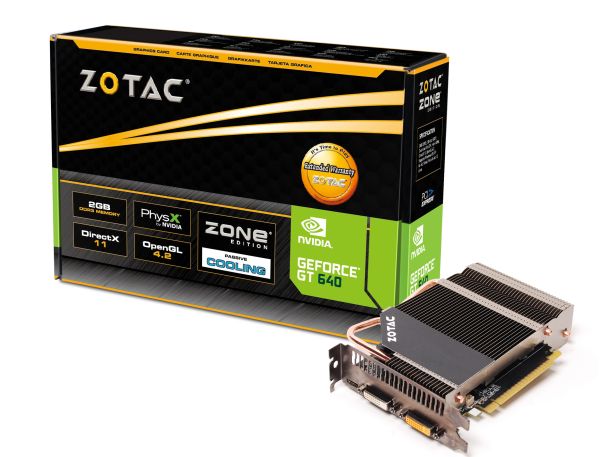 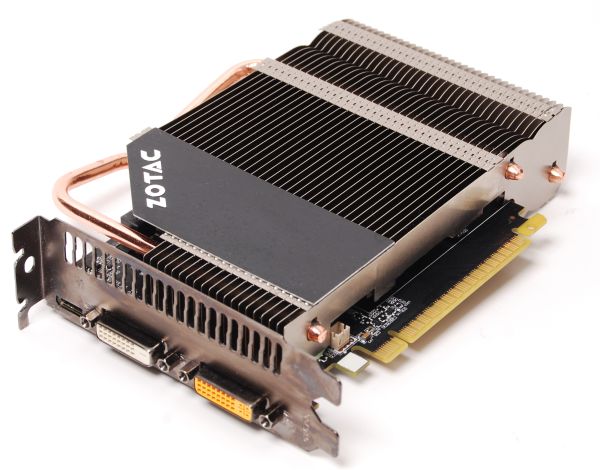 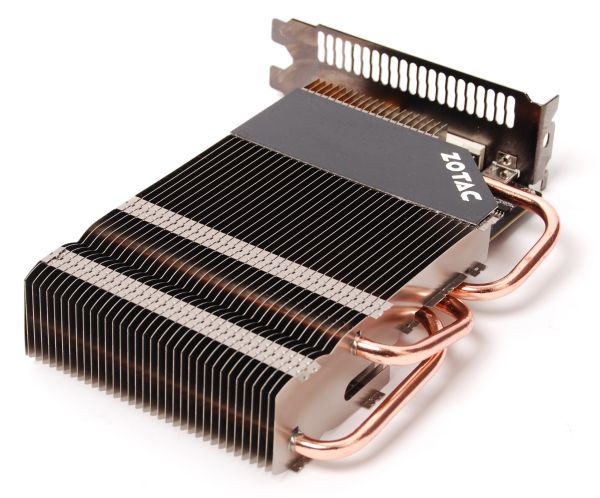 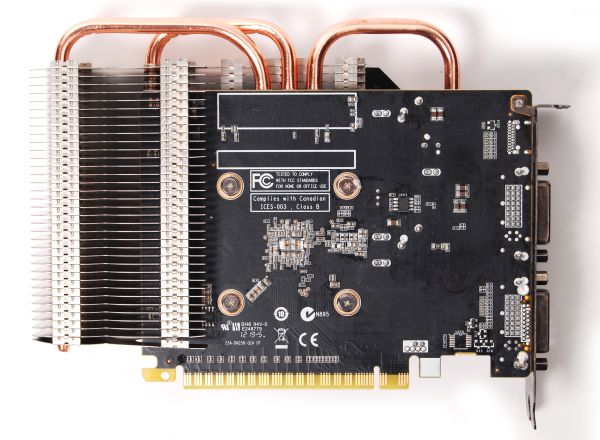