SweClockers has churned up quite an interesting rumor, pinning Nvidia's consumer GK110-based graphics card on schedule to launch in late February, under the new Geforce Titan name.

Back in March, the GK110 got cut down to GK104 and launched as the fastest single GPU graphics card, the GTX 680 name. Back then it was pretty much clear that we will not see the fully enabled GK110 Kepler GPU anytime soon but now, at least according to this rumor, Nvidia might actually launch it under the Geforce Titan name.

The new Geforce Titan name makes sense since the GK110 is behind Nvidia's Tesla K20 card that powers the Cray Titan supercomputer at the Oak Ridge National Laboratory in the USA. In case you missed it, the Kepler based GK110 features 15 SMX clusters for a total of 2880 CUDA cores and a 384-bit memory interface. The Tesla K20 actually features "only" 14 active SMX clusters for a total of 2688 CUDA cores. It also has a pretty low 732MHz GPU clock and 6GB of GDDR5 memory clocked at 5.2GHz.

Sweclockers also noted that the launch might be similar to the one of the GTX 690 where Nvidia partners will be obliged to use Nvidia's reference design. The performance on the other hand is estimated at 85 percent of a GTX 690 dual-GPU graphics card.

As noted, the new Geforce Titan graphics card is scheduled to show up in late February with a US $899 price tag. 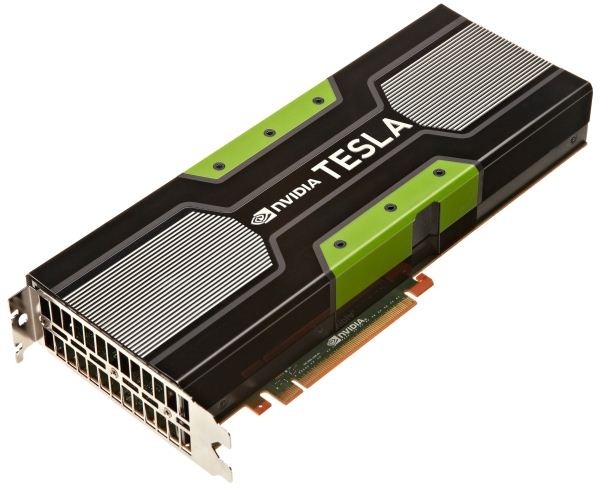 Last modified on 23 January 2013
Rate this item
(0 votes)
Tagged under
More in this category: « Nvidia claims better performance than A6X Haswell GT2 and GT3 chips based on different silicon »
back to top